The Rise Of The Freelance Workforce 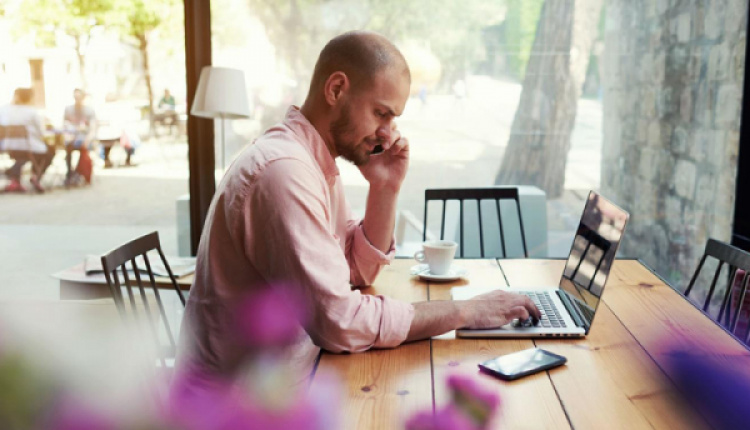 There’s been a lot of talk recently about freelancers disrupting the workforce and existing markets. A 2016 McKinsey Global Institute report found that a huge 20-30% of the workforce in Europe and the US engage in some form of independent work – and its more than just new players like Uber making up the numbers. We’re seeing a broader shift in both corporate strategy and workforce attitudes that’s changing the way we do business, for the better.

A big factor in the rising freelance workforce comes from an increasing desire for more freedom and control. Around 61% of respondents to our Great Big Survey, which included 40,000 workers from around the world, said that work-life balance is the main driving force behind flexible working.

Workers also want greater autonomy to forge ahead on their own path. You can see this in the OECD’s Entrepreneurship at a Glance 2015 report, which surveyed people aged 18-64 from 41 different countries. This study found that 48% of men and 36% of women would rather start their own business than work for someone else.

The people behind the gig economy (using freelancers on an ad-hoc basis) were early birds: they recognised a rising value for independence and entrepreneurial spirit and they leapt at the chance. All companies have the power to respond and integrate this system to benefit their own workforce, and there’s evidence they’re starting to do so. Around 42% of executives surveyed by Deloitte in their Global Human Capital Trends 2016 report said they planned to employ more ad-hoc workers over the next three to five years.

This isn’t simply a response to worker demands. 58% of businesses told us that reducing permanent staff overheads is key to their post-recession plans. It also helps them work in a more agile way, scaling their workforce up and down to meet changes in demand and new industry developments.

To integrate larger numbers of freelance workers, companies are changing their office environments. PwC’s 2016 Emerging Trends in Real Estate survey found that more and more businesses are looking for high-quality, flexible and serviced office and co-working spaces, like Regus, where they can scale up and down quickly.

This also benefits the workforce in providing a space to share ideas, do business and collaborate – rather than simply taking work home. This helps productivity, but also wellbeing. Around 84% of respondents to the 2016 Regus Great Big Survey said co-working reduces loneliness, while 53% said it helps fight stress.

The next step is to ensure that these flexible, changing teams are working in the most creative and productive ways possible. According to the 2017 Deloitte Human Capital Trends report, this will mean moving away from management hierarchies and towards groups of empowered networks that are able to change regularly and quickly.

These project networks will work closely together to get the job done, before disbanding and relocating for the next task. That will require flexible and creative office spaces that can adapt to new challenges and opportunities. We’re confident that our Regus shared and co-working office spaces with short-term leases are the solution for the foreseeable future.