Archaeological Finds Discovered During The Covid19-Era In Greece 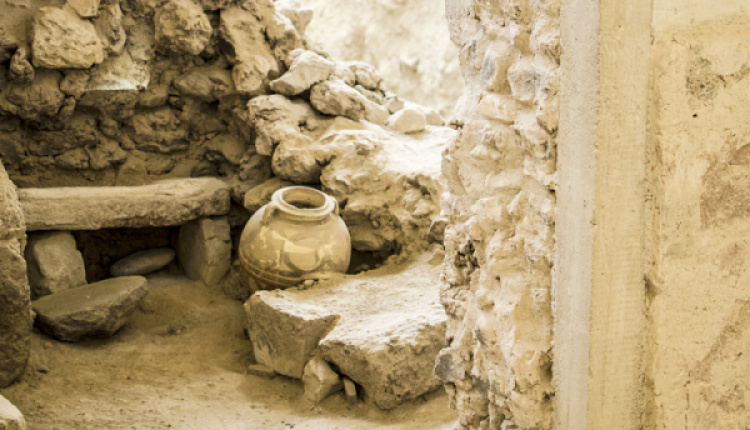 Amidst the COVID-19 pandemic, travel bans, and safety measures, archaeologists in Greece made a startling array of exciting discoveries. In some cases, the lack of visitors proved a blessing, allowing researchers to pore over popular sites that would otherwise feature crowds of tourists.

This list explores 3 of the most significant archaeological finds reported in Greece over the past months.
1. Theopetra Cave, Thessaly

Theopetra Cave in Thessaly is a significant site that was continuously occupied by humans for 130,000 years. The cave is famous for the fossilized footprints of a group of young Neanderthals and a 23,000-year-old wall one of the oldest known human constructions. Excavations at Theopetra have also revealed the well-preserved remains of a young woman, named Avgi who lived in the cave during the Mesolithic period, around 7000 BC.

The results of the analysis of the most recent finds reveal even more clues about the lifestyle and diet of the cave’s later Neolithic inhabitants. In fact, the evidence shows that Stone Age Greeks ate a healthier diet than many modern humans. The inhabitants of the cave ate wheat, barley, olives, and pulses, and a moderate amount of meat from a mix of domesticated and wild animals such as wild boar. Evidence suggests the people in Theopetra Cave kept cattle, pigs, sheep, goats, and at least one dog, perhaps as a companion for hunting and herding.

2. Aiolou Street, Athens
A well-preserved head of a statue depicting the god Hermes was discovered lying a mere 1.3 m under street level last November during construction works on the busy Aiolou Street in central Athens. The head is thought to have formed part of a herma (literally meaning ‘heap of stones’), one of many similar statues that functioned as road markers or indicators of important public or private spaces in ancient Athens.

Based on its style, the newly found bust dates to around the end of the 4th or the beginning of the 3rd century BC and resembles the bearded Hermes Propylaios famously sculpted by Alcamenes who is considered by many as one of the finest sculptors in ancient Greece. Its unearthing is a reminder that Athens is still packed with hidden archaeological treasures waiting to be discovered.

Santorini’s strategic position on the maritime routes connecting southern Cyclades, Crete, and the copper-rich island of Cyprus was one of the reasons why it became an important trade center during the Middle Bronze Age between 2160 and 1600 BC.

In early 2020, Professor Christos Doumas reported on new archaeological finds discovered during excavations at the famous settlement of Akrotiri. Among the finds in the interior of a building known as the ‘House of Thrania’ (‘House of Benches’) were two large double-headed axes made of finely-crafted bronze plates; artifacts that are typical of Minoan culture and religion in Crete and the southern Aegean. A large number of miniature ceramic vessels, other bronze items, and fragments of jewelry, including a small bead of rock crystal carved in the shape of a figure-of-eight shield were also found.

The most remarkable discovery was an inscription in Linear A, the undeciphered writing system used by the Minoans, on a fragment of what would have been a wooden construction, perhaps a box or chest. These finds gave more insight into the life of the settlers of the Bronze Age town before the Theran eruption in 1628 BC, one of the largest and most catastrophic volcanic eruptions in Mediterranean history.

To read this article in full and discover the full list of significant discoveries, please visit: greece-is.com