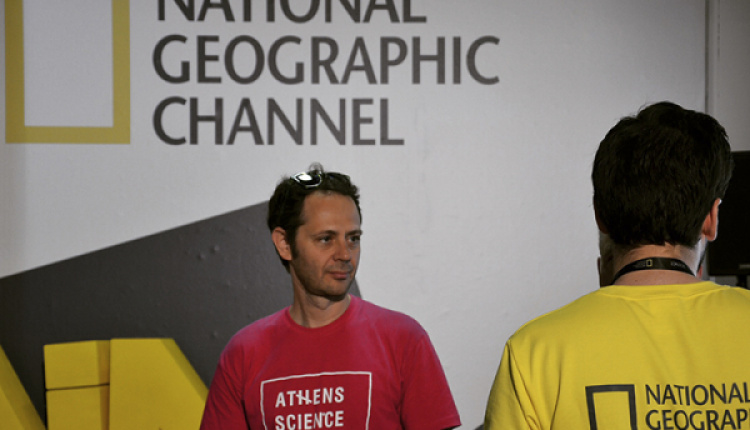 Thodoris Anagnostopoulos has become a member of the large family of National Geographic explorers. He is a geneticist, science engager, social entrepreneur, and the co-founder of SciCo (Science Communication), which aims to promote science through innovative ways to the general public.

In his new venture, Thodoris, together with the SciCo team, British Council Greece, and STEM teachers from Xanthi, is initiating an environmental education program for students in Pomakochoria, Thrace. The National Geographic Society will support the project, which is expected to begin in the fall of 2021. The aim of the project is to alleviate the social isolation of young Pomaks, as well as to raise awareness about climate change, the exploitation of renewable energy sources, and the preservation of the natural wealth of the area.

A Few Words About The National Geographic Society

Since 1888, the National Geographic Society - one of the largest educational and scientific non-profit organizations in the world, known to the general public by National Geographic magazine, as well as the synonymous television channel - has brought together the most charismatic people from around the world; its famous "explorers".

Biologists and environmentalists, geologists, archaeologists, photojournalists, and directors… Their backgrounds and work are different, but their profiles and goals are the same: They are top professionals in their field, with a strong sense of responsibility and respect for others, the environment, and culture committed to working to create a sustainable future while supporting diversity and equality.

The Idea Behind The Project

The Pomaks, an officially recognized national minority of Greece by the Treaty of Lausanne, have been experiencing geographical and cultural isolation in recent decades. Thirty-five thousand Pomaks live in the mountains of Rhodope, in a unique natural environment. In addition, their villages, as well as the wider region of Thrace, are a valuable source of "clean" energy: a high dynamic of wind energy due to the mountain morphology and access to direct sunlight most days of the year.

The development of Renewable Energy Sources is particularly important for Greece, as they reduce the effects of climate change, create energy sustainability, and create new employment opportunities. However, the selection and design of all of the above should be based on scientific data, in order to avoid negative consequences for nature and wildlife (especially for birds).

With these goals in mind, Explorer Thodoris Anagnostopoulos designed this innovative program. He, in collaboration with members of SciCo, the many years of experience of British Council Greece in matters of intercultural and participatory education, as well as teachers from Xanthi, will organize extracurricular workshops STEM (Science, Technology, Engineering, Mathematics) of environmental education, aimed for students 10 to 16 years old.

Thodoris Anagnostopoulos notes: "Using science as a neutral "language" that bridges cultural differences, the project proposes STEM environmental education outside school, as a tool for creative collaboration between Pomak and non-Pomak students and alleviating the social isolation of the former. The laboratories are adapted to the needs and special characteristics of the area and will focus on Renewable Energy Sources. Children will initially have the opportunity to study projects on a small scale and will gradually implement them in their schools and the local community to address real problems. This approach will create a safe and unrestricted space for education, enhancing the collaborative climate and students' skills.

In fact, in 2017 SciCo designed a similar program called STEMpowering Youth program, which enabled more than 12,400 educators and teenagers in remote areas to solve real local problems, through science and technology.

Science engager, social entrepreneur, and public speaker. He studied Biology and holds a Ph.D. in Genetics from Kings College London. He is the President and Co-Founder of the Social Enterprise SciCo, which aims to promote science through innovative ways to the general public while having an international presence. He is also the founder of Theta Communications, a company that specializes in experiential human resources training. Co-founder of the Athens, Thessaloniki, Patras, Thessaly and Mediterranean Science Festivals, the Mind the Lab, the School Lab online training program, the STEMpowering Youth training program, and the NGO Green Project.

In 2012, he was trained by former US Vice President Al Gore on climate change and is his ambassador for the Climate Reality Project. From 2013 to 2017 he was the President of the Onassis Scholars Association. He is the first Greek Fellow of Ashoka and in 2017 he was awarded the British Council UK Alumni Social Impact Award. Theodoris is a member of the Explorers Club of New York and has traveled to 92 countries on six continents.

Originally published in Greek on vassosotiriou.gr
Translated by Codico Lab