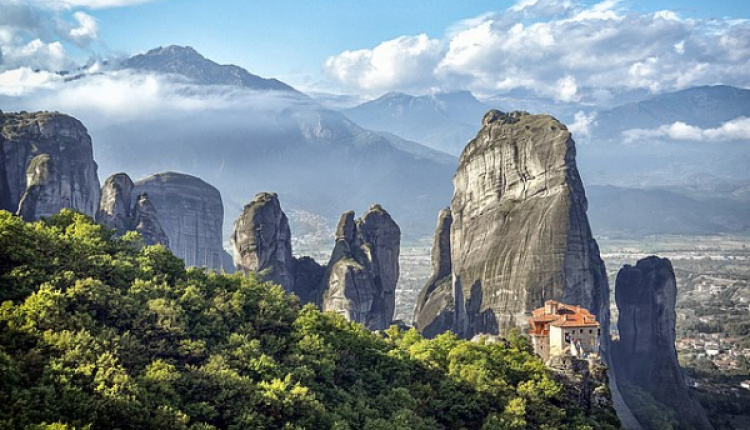 Home to some of the world's most iconic landmarks and countless beautiful islands, Greece has always appealed to travelers as an ideal holiday destination. Renowned for its natural landscapes, rich history, and delicious cuisine, it's not surprising that tourism continues to be one of the most important sectors contributing to the Greek economy today.

In 2020, the Greek tourism industry was devastated by the pandemic, but this year the country has been topping the lists of ‘safe destinations for travelers’. As the world begins to slowly begin traveling again, the below destinations are still among the most popular among Greece's visitors.
Are you living in Greece right now? What destinations would you recommend for visitors to explore in Greece?
Send us your suggestions and we'll share all of your great ideas.
1. Athens
Considered the historical capital of Europe, Athens brims with historical monuments, from the Ancient Agora to the Temple of Olympian Zeus. The most visited site, however, is the Acropolis, a rocky mound rising in the heart of modern Athens, crowned by the Parthenon, the most famous ancient Greek temple. A symbol of Athens, Greece, and the Western Civilization, in general, Acropolis justifiably is Greece's most famous tourist attraction.

2. Santorini
Greece’s number one island destination for tourists, Santorini is a volcanic island in the Cyclades, mostly famous for its cliff-top towns of Fira and Oia hanging above a sea-filled caldera. Traditional whitewashed cubic houses, black volcanic sand beaches, picturesque villages, and magical sunsets, it's no wonder Santorini is the most romantic of all the Greek islands.

3. Nafplio
Nafplio, the first capital of modern Greece, is considered by many the most beautiful city in the whole country. Indeed, its uniquely distinctive character and romantic aura are sure to take your breath away. Neo-classical mansions, hidden churches, the Palamidi Fortress, a true architectural masterpiece offering mesmerizing views of the Argolic Gulf, and the water castle of Bourtzi, Kolokotronis' first prison, are only some of the town's major attractions.
4. Meteora
Located in Thessaly, Meteora is an awe-inspiring sight that has been attracting visitors from all over the world. A vast terrain of rocky formations, Meteora is known for its dozens of Eastern Orthodox monasteries situated on top of massive boulders. In addition to visiting the Monasteries, one can engage in a variety of outdoor activities, including rock climbing, hiking, and kayaking.

5. Mykonos
Also known as the "Greek Ibiza", Mykonos is undoubtedly the most glamorous island in Greece, the epitome of cosmopolitanism. With its plethora of beach bars and super clubs, Michelin-starred restaurants, and high-end boutiques, "the Island of the Winds" is the ultimate Greek destination for international celebrities, party animals, and sun worshippers.

6. Delphi
A UNESCO world heritage site, Delphi used to be considered as the center of the world by Ancient Greeks. Located at the foot of Mount Parnassus, the sanctuary of Delphi, dedicated to Apollo, was for many centuries home to Pythia, the major oracle who was consulted about important decisions throughout the ancient classical world. The site consists of the ruins of many temples, a theater, and a stadium, built between the 8th century BC and the 2nd century AD.