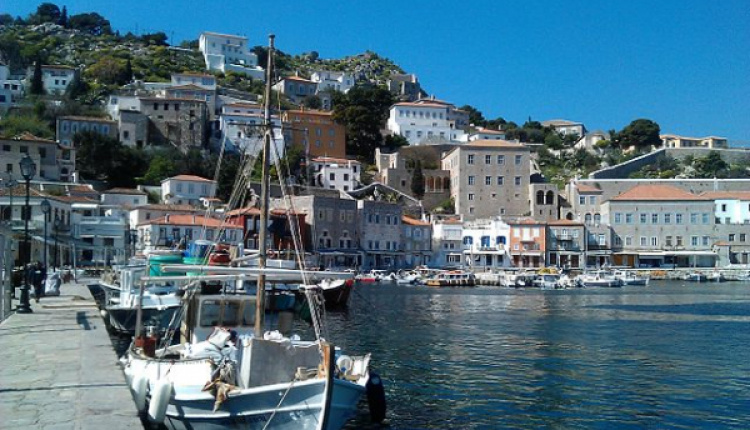 Athens, Greece's historic capital, is a city brimming with culture, elegance, and energy, a city bursting with life all year round. If, however, you feel like escaping the hustle and bustle for a while, taking a dip in the sea, or relaxing on a sandy beach, there's nothing stopping you from hopping on a ferry to one of the many beautiful islands just a breath away from Athens.

Spetses is not a typical Greek island. It's a place oozing with vintage charm, an affluent paradise where you'll find charming neoclassical mansions and narrow alleyways. Cars are not allowed there, so you'll only see bicycles and carriages - it's like being transported back to another era. Walk along the waterfront, have a leisurely coffee in Dapia, and visit the Bouboulina Museum. The islands' romantic cosmopolitanism is sure to take your breath away!

A tiny, picturesque island in the Saronic Gulf, Agistri is a very popular weekend getaway among Athenians. Blessed with lush pine forests, its unspoiled natural setting makes it a camper's paradise. But, there's so much more to do there. Explore the quaint traditional villages, swim in scenic coves, relax on pebbly beaches, and pay a visit to the Folk Art Museum, if you want to get to know the past everyday life of the islanders.

Hydra has been attracting international jet setters for a long time and its aristocratic charm is, indeed, unquestionable. There, you'll see traditional white houses with blue shutters, impressive mansions dating back to the 18th century, as well as numerous churches and monasteries, as the island boasts rich religious history. Once again, cars are officially banned in Hydra, as the island has been listed for preservation due to its architectural and cultural significance.

Although part of the Cyclades island group, Kea doesn't have the typical Cycladic landscape and architecture. It's a verdant island, still untouched by mass visitors, brimming with elegant buildings. Kea has a vast network of paths with wooden signposts that cover most of the island, connecting its most important landmarks. Apart from the beaches, Kea has also a lot to offer in terms of sightseeing, as there you'll find four ancient cities, one of them being Ioulis, the island's enchanting capital.

The greenest island of the Cyclades, Andros is the ultimate destination for nature lovers, hiking enthusiasts, and water-sports aficionados due to its strong winds. Except for its wild natural beauty and its incredible beaches, the island is also famous for its cosmopolitan vibe. The island's capital, Chora, is full of architectural masterpieces, like elegant mansions, neoclassical buildings, and, of course, the famous lighthouse of Andros. The island boasts a variety of museums as well, making it the perfect destination for art lovers!