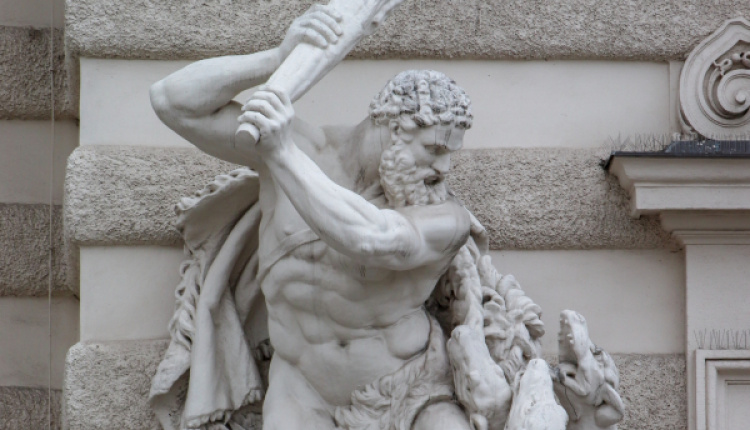 Greek mythology is full of epic sagas, brave deeds,  and a long list of super powerful heroes, muses, and mythical creatures. We have put together a list of 5 famous mythological heroes to get you acquainted with the magical world of Greek myths and legends.

Perseus the only son of Zeus and mortal Danae is one of the earliest heroes in Greek mythology. He is notorious for beheading Medusa and using her severed head as a powerful weapon in his adventures and for rescuing the Aethiopian princess Andromeda by slaying the sea monster Cetus. Andromeda became Perseus' wife and one of their sons, Electryon was the father of Alcmene, whose union with Zeus produced the most famous hero of Greek mythology, Heracles.

Hercules, the son of Zeus and Alcmene, is probably most known for his phenomenal deeds of strength and bravery, the famous '12 Labors of Hercules.' His labors include slaying the Nemean lion, capturing the Erymanthian boar, taming Cerberus, and stealing the golden apples of the Hesperides. Hercules died after his jealous wife Deianira, accidentally gave him a venomous tunic, which caused Hercules so much pain that he threw himself in a funeral pyre to die.

Αchilles, the son of Thetis and Peleus, was one of the most heroic Greek warriors in the Trojan War. He was invincible all over his body except for his heel because, when his mother immersed him in the river Styx as a baby, she held him by one of his heels. During the Trojan War, Achilles was notorious for killing Hector outside the city gates. However, he didn't have much time to savor his victory; guided by the gods, Paris shot an arrow and struck the only vulnerable spot on his body: his heel.

Atalanta is one of just a few Greek mythology female heroines; she grew up wild and free; she was a great hunter and a notoriously swift runner. She is possibly best known for vowing to marry the first man who could beat her in a footrace while punishing the defeated suitors to death. According to the myth, one of the suitors, Hippomenes managed to outrun Atalanta; using his wit and three golden apples, Hippomenes was able to distract Atalanta, win the race and her hand in marriage.

Jason was the son of Aeson, the dethroned king of Iolcos. To restore his rightful place on the throne, Jason assembled a band of heroes, called the Argonauts and set out on a quest to find the Golden Fleece. After encountering numerous adventures along the way, he finally succeeded. However, Jason's happiness didn't last long; his wife left him and he died sad and alone.