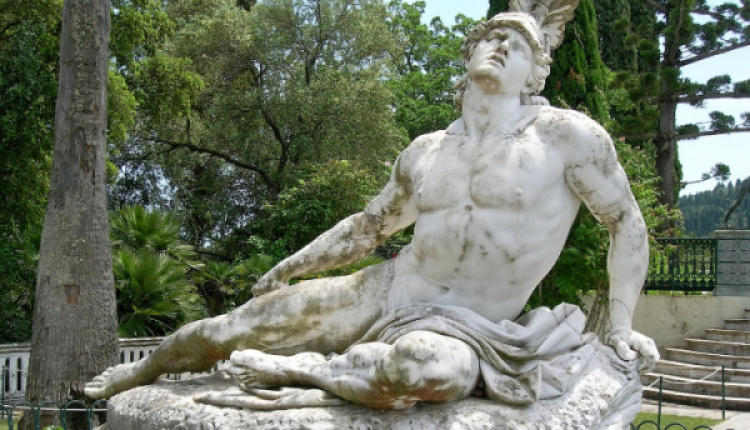 The majority of English sayings with Greek origins have emerged from Greek myths and stories. Here some widely used English sayings and phrases that have a decidedly Greek touch.

Your Achilles Heel literally means your weak spot. According to Greek Mythology, Achilles was invincible all over his body except for his heel because when his mother dipped him in the River Styx, she held him by one of his heels. During the Trojan War, Paris shot an arrow and struck the only vulnerable spot on Achilles' body: his heel.

Between a rock and a hard place

Between a rock and a hard place, means having to choose between two evils. In Homer's Odyssey, Odysseus had to pass between two sea monsters, Scylla and Charybdis, who dwelled on opposite sides of the strait of Messina. Odysseus chose to pass by Scylla, the lesser of the two evils, thinking he would lose fewer men, than passing through Charybdis, the whirlpool.

Knock On Wood
The habit of touching/knocking on wood, to avoid bad luck, or to bring good luck, goes back to ancient Greece, where it was believed that wood nymphs called dryads lived inside trees. The ancient Greeks would touch a tree, hoping to invoke good luck or protection from the wood nymphs dwelling within.