Five Interesting Facts About The Acropolis Of Athens 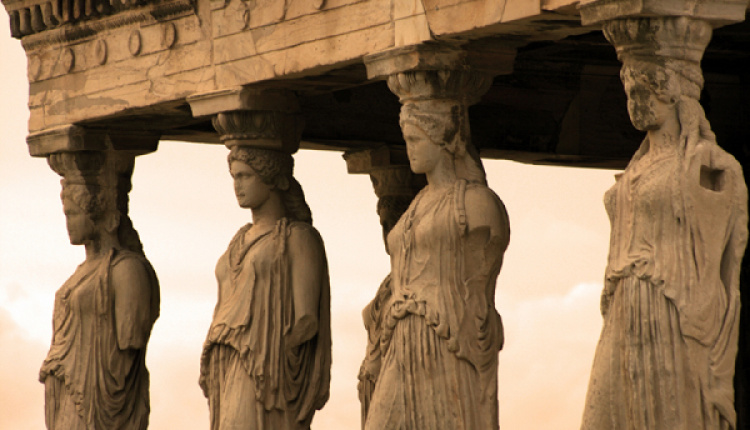 Perched on a rocky hill above Athens, the Acropolis is one of the greatest architectural achievements of the classical world. A remarkable archaeological site and the birthplace of Democracy, the Acropolis is one of the most visited sights in the world and Athens’ crown jewel. Despite earthquakes, extensive looting, air pollution, and centuries of war, much of this incredible monument still survives. We’ve put together a list of interesting facts that will enable you to fully comprehend the grandeur and significance of one of the greatest ancient citadels ever to be built!

1. It’s Not The Only Acropolis In Greece

The term ‘Acropolis’ derives from the Greek words ‘akron’, which means highest point or edge, and ‘polis’, which means city. Therefore, the word acropolis literally means ‘Highest City’. Even though the term mostly refers to the Acropolis of Athens, there are in fact, quite a few acropolises in Greece such as Acrocorinth in Corinth, Cadmea in Thebes, and the Acropolis of Lindos in the island of Rhodes.

2. The Acropolis And The Parthenon Are Not The Same Thing

Many visitors to Greece come to Athens thinking that the Acropolis and the Parthenon are the same thing. However, the Acropolis is actually the hill where the Parthenon and other structures such as the Erechteion, the Propylaia, and the Temple of Athena Nike are built upon!

3. The Parthenon Is Perfect Due To Its Imperfections

Even though the Parthenon is often referred to as the ‘word’s most perfect building’ its perfection is actually achieved through a series intentional flaws. Ictinos and Kallikrates, used a couple of architectural tricks, such as the slight angling of the temple’s pedestal, and the unnoticeable barrel-like curves on its columns, to create an optical illusion of perfection and impeccable alignment.

In 1687 the Parthenon suffered the greatest damage in its long history! During the Morean War, a Venetian cannonball blew up the Ottoman gunpowder magazine that was located inside the Parthenon, causing great damage to the temple. Before leaving Athens, the Venetians considered blowing up the rest of the Parthenon to avoid its further use as a Turkish stronghold, but thankfully the idea was abandoned!

5. The Acropolis Used To Be A Kaleidoscope Of Color

Recent tests have revealed that the Parthenon, and other buildings on the Acropolis Hill, were once covered in color. Even though the colors have been bleached over the years, the traces of blue, red, and green pigments that were discovered on various archaic sculptures show that these sites were once painted in a kaleidoscope of colors.

When visiting the Acropolis Museum, keep an eye out for the Archaic sculptures that have retained traces of their original colors. Furthermore, the museum offers a fun interactive online application, which allows users to color, save, and print the statue of Peplos Kore.


This content has been sourced and prepared by Codico Lab