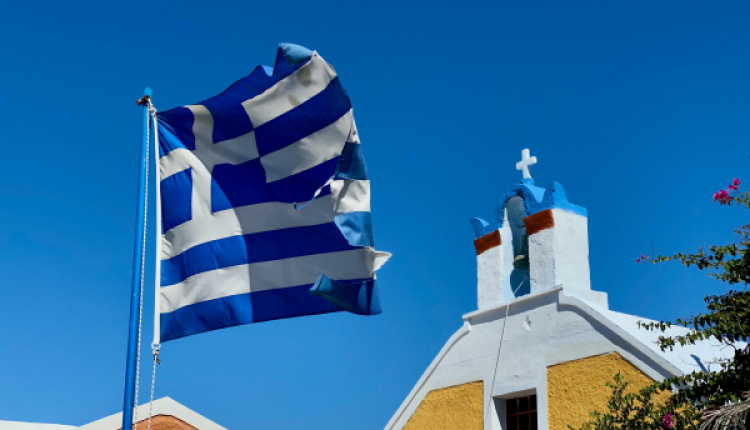 From 1453 to 1821 Greece was under Ottoman (Turkish) rule. Despite almost 400 years of occupation, the Greek identity remained strong, largely due to the influence of the powerful Greek Orthodox Church. However, Greeks were subjects of the Ottoman Empire, without independent political power. Over the centuries many uprisings against the oppressive rule were vanquished by the Ottoman Empire.

The Greek War of Independence

On March 25, 1821, the bishop Germanos of Patras called upon Greeks to rise up against the Ottomans once again. The War of Independence was fought fiercely under the motto 'Freedom or Death'. This time, the Greek freedom fighters would not be vanquished.

The battle raged through mainland Greece for several years, until a small region was reclaimed. The freedom fighters were known as klephts, and tens of thousands gave their lives in the war. The French Revolution both weakened the Ottoman Empire and raised European consciousness to the plight of the Greeks. Many joined the fight, both in spirit and proclamations of support, and by actually bearing arms with the Greeks. The poet Lord Byron went to fight and lost his life in Greece, as did many supporters from Europe and the Americas.

In 1832, the first official international treaty was declared, recognizing central Greece as under independent Greek rule. Over the next century, through wars and diplomatic agreements, mainland Greece and her islands were reclaimed one by one until Greece as we know it was under one rule. The last region to return to Greek rule were the Dodecanese islands, after the end of World War II.

March 25th, the day in which Bishop Germanos of Patras raised the flag and declared battle is also one of the holiest days of the Greek Orthodox religion. This is the day of the Annunciation when the archangel Gabriel told Mary she would bear the Son of God. The day is celebrated throughout Greece as a day of independence and also an important religious holiday.

Throughout the country, both secular and religious celebrations fill the streets, churches and homes. Athens hosts a huge Independence Day parade, as do many cities and towns. Streets are blockaded and military bands, dignitaries and throngs of spectators fill them to capacity. Travel and work in the large cities comes to a standstill on March 25. Marching bands in traditional Greek military uniforms and brightly costumed Greek dancers move through the streets while vendors sell drinks and desserts to the flag-waving crowd. The churches are filled with Annunciation Day worshippers and smaller parades in honor of the Feast of the Annunciation.

People also celebrate privately in their homes. Children are dressed in new clothes, and the house is cleaned and sparkling.Feasts and family gatherings are held in honor of events both secular and religious.

Greek Independence Day is also celebrated in other countries. Every year the President of the United States declares a national day of celebration of Greek and American democracy on March 25. Cities around the world with large Greek populations hold parades in honor of Independence Day and Greek traditions and customs.

A national holiday in Greece wouldn't be complete without traditional food! Read more about it HERE!