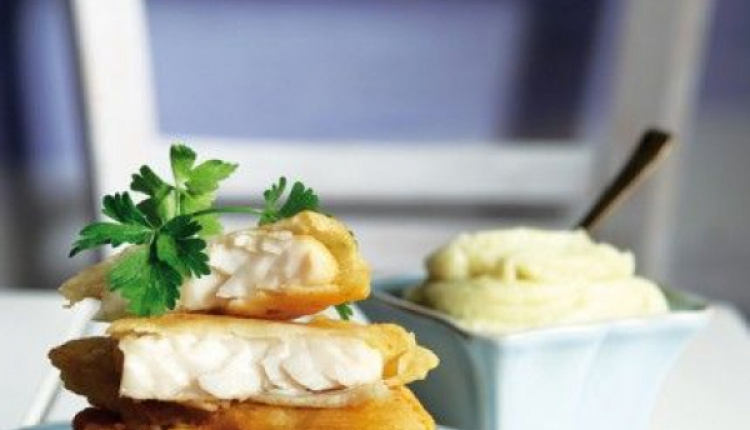 Bakaliaros (Cod) is a Greek traditional dish that has become synonymous with the celebration of Greek Independence Day on the 25th of March, which is also the Annunciation of the Virgin Mary. The Annunciation in Greek is called 'Evangelismos' and those named Evangelos or Evangelia celebrate their name days.
How Did This Tradition Start?

The celebration of the 25th of March always occurs during the Great Lent, a period when many Greeks fast for nearly fifty days- abstaining from meat, fish, and dairy from Kathara Deytera up until Easter.
During Lent, however there are two exceptions: one on the 25th of March and the other on Palm Sunday when fish is traditionally consumed. In the old days, people living near the shores ate fresh fish on both occasions but people in remote mountain villages could not, as there were no refrigeration trucks to transport fish. Consequently, salted cod substituted fresh fish, during lent and other occasions, as it was cheap and could be preserved for a long time.

The basic secret for the batter is to use ice cold water which helps the fish not to absorb too much oil. Corn flour makes the crust light and crispy making it hard to resist devouring more than one piece!
Ingredients
Directions
Cut the cod into portions, remove skin, rinse to remove salt and place in a bowl and cover with water.If cod is not a fillet make sure to remove all the bones. Drain and change the water every 3 – 4 hours for at least 24 hours before preparing.

Beat one egg white into meringue. In a bowl add the flour, corn flour, (baking powder instead of egg white), salt and pepper, fennel fronds, the beer, the olive oil and lemon juice and start mixing adding the water gradually, until you have a thick batter. Do not add all the water as you may not need all of it. Mix in the egg white and place the batter in the refrigerator for an hour.

Dip the cod into the batter and fry on both sides in hot olive oil. Serve with delicious garlic dip (skordalia).