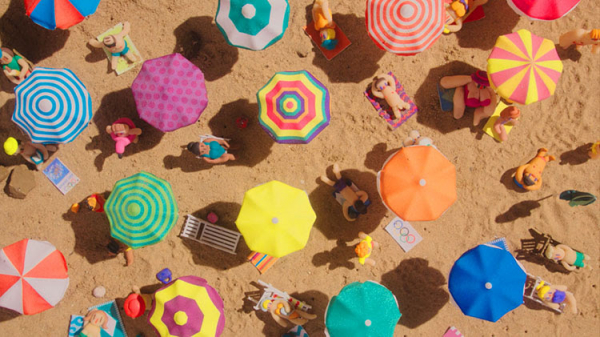 This July we’re taking a dive into transportative images, powerful stories, and emotional thrills with a series of digital premieres screening exclusively on the Onassis Foundation YouTube channel. A screen, however small, is all you need to enjoy new experiences and moments as seen through the eyes of both accomplished and up-and-coming filmmakers. It is a window onto the world of great cinema, with award-winning films, collaborations with major festivals in Greece and around the world, and rare films being shown for the first time online.

Films from Lebanon are being premiered in collaboration with the Cannes Film Festival, along with short films created by ONASSIS FOUNDATION Scholars. Collaborations with the ATHENS International Film Festival Opening Nights and the Drama International Short Film Festival will be bringing us award-winning Greek short films from 2019. And this cinematic experience doesn’t end there: talks on the seventh art by acclaimed directors such as Werner Herzog, as well as a series of original works each created by up-and-coming artists – such as Vasilis Kekatos, Yorgos Zois, and Evi Kalogiropoulou – in 120 hours as part of the ENTER project, make clear that cinema at the ONASSIS FOUNDATION never stops surprising us, inspiring us, and carrying us away.
16-21 July

Panayiotis is a 30-year-old champion in the sport of hand wrestling (bras de fer) and the owner of a cafe in a remote village. On the occasion of an upcoming match in Athens and his training for it, the film builds the portrait of a young man who oscillates daily between his dreams and the reality of life in the Greek countryside

Men set birds free in the mountains. Two grieving, estranged brothers try their marksmanship together with their sons. It’ s the hunting season. Can a bird’ s heart stop in the sky with no bullets coming through its body? “All the fires the fire” has been nominated and won awards at the 72nd Locarno Film Festival, the Clermont-Ferrand ISFF, the Athens Film Festival, the Internationale Kurzfilmtage Winterthur, as well as for the Greek Academy Awards.

In the summertime, a quirky crowd occupies a Greek Island beach. As the sun gets increasingly hotter, people get lost in their petty personal problems. Despite that, a little girl and boy dare to show everyone how to have fun.

Vera is anxious about her first night out with Lola. Lola is trying to be there for Vera but gets easily distracted. While they’re both struggling to connect, their minds will escape to the beginning of the night, where things between them were still intimate.  Hyped has been officially selected in the following festivals: Dominio Pubblico - La città agli Under 25, Athens Fashion Film Festival, 11th Merlinka Film Festival, 17th Festival International Signes De Nuit, 25th Athens International Film Festival.

Sotiris is homeless, a victim of the economic crisis, and has found refuge at the abandoned Elliniko airport. He has been living there lately, among ghosts and memories of a not so distant past.  What will happen when one day, Sotiris sees the airport being flooded with potential passengers who of course cannot travel (as the airport is abandoned) and who disrupt his daily life?