Nymphaio: The Most Picturesque Village In Northern Greece 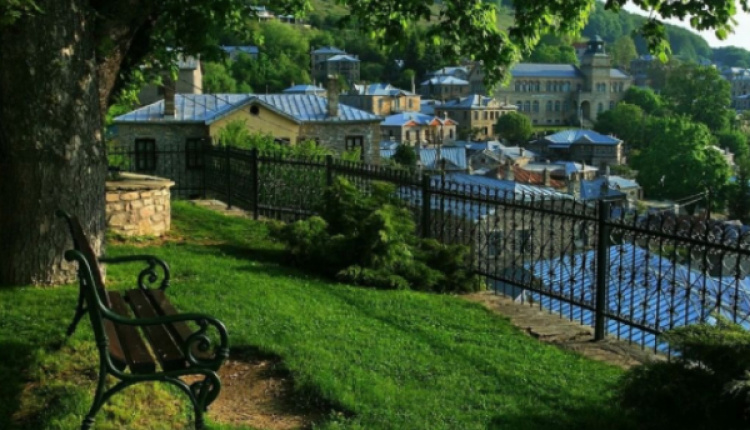 Nymphaio is a beautiful village located just outside Florina in West Macedonia, Greece. It has been often included on lists of the “Ten Most Beautiful Villages of Europe” in travel guides.

It has also won UNESCO’s “Melina Mercouri International Prize” for its excellent management of the area’s cultural heritage and the surrounding natural environment.

Nymphaio, which lies at an altitude of 1,360 meters (4,462 feet) is nestled along the slopes of Mt. Verno (also known as Mt. Vitsi), surrounded by dense forests.

Its unique architecture, impressive mansions made of stone, stone-paved streets, and the incredible natural beauty of the surrounding area captivate all visitors to Nymphaio. The village has thankfully been able to maintain its original character, as all new buildings must strictly follow traditional forms of architecture.

Vlach nomads were the first people recorded to have settled here, in the early 1300s, and the town was formerly known as Niviesta or Nevesta all the way up to 1929. Beginning in the late 17th century, the town became one of the largest silversmithing centers in the Balkans, and it remained dominant in that industry for almost three centuries.

Nymphaio is known for its traditional mansions

The glory days of Nymphaio are reflected in the impressive stone-built mansions located all around the village. Although Nymphaio was affected in the 1950s by out-migrants and the 1960s, it has been revived today by the return of its people who wanted to come back to their roots in this ancient and beautiful mountain village.

The nearby village of Zazari and Cheimaditida Lake delimit an area of exceptional natural beauty in Florina. The two nearby natural lakes, two of the largest in Florina, are worth visiting as they are home to hundreds of species of birds, mammals, and fish as well as the ferruginous duck, which is protected as an endangered species.

Apart from its charming architecture and natural landscape, Nymphaio offers many activities for those who are lucky enough to visit. The ARCTUROS shelter, constructed by this non-governmental organization that protects brown bears, is located in a natural beech forest and is home to ten bears who formerly lived in captivity.