The Ancient City Of Petra & Its Greek Legacy 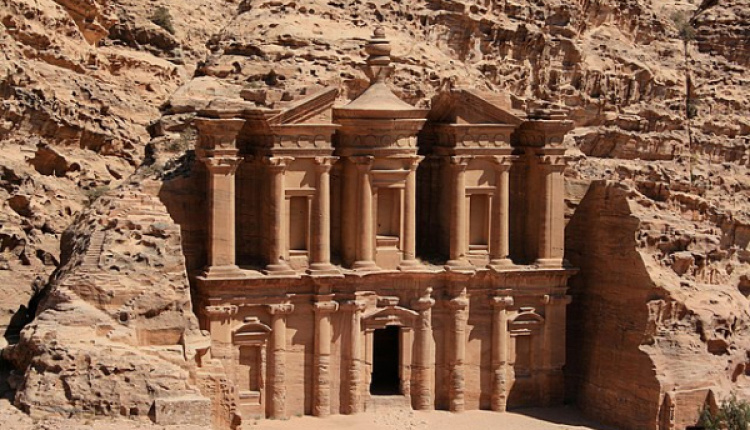 Also called the “Rose City” because of the color of the stones used in its buildings, this stunningly beautiful city was founded over 2000 years ago along the ancient trade routes between Arabia, Egypt, and the Mediterranean Sea.

Its beautiful rock-cut architecture makes it a place of significant archaeological value, while its innovative water management system, the one that made the region inhabitable, given that it is surrounded by desert and rugged terrain, is truly noteworthy.

A trading center, Petra soon became the bustling and affluent capital of the Kingdom of the Nabateans, an Arab Bedouin tribe that originated in what is now southwestern Jordan. Envious of its wealth, the Greek Empire attacked the city in 312 B.C. The attack was unsuccessful, but, although the Greeks didn't manage to conquer the city, they left a great mark on its architecture, and much more.

The city's name itself is of Greek origin as "petra" means "stone" in English, while the city's most famous structure, the tomb called the “Khazneh” meaning “Treasury”, features elaborate Corinthian-style columns, showcasing the ineffaceable influence of Greek architecture.

The breathtaking city of Petra was named a UNESCO World Heritage Site in 1985 and one of the New Seven Wonders of the World in 2007.