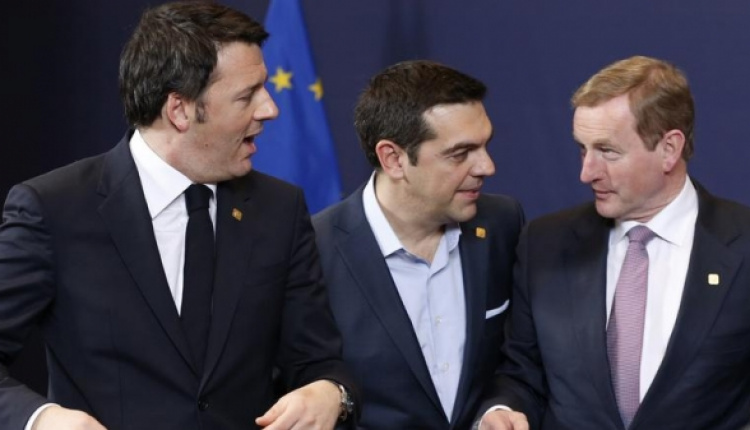 There were hopes on Thursday that Greece and the eurozone might be edging toward a deal after Prime Minister Alexis Tsipras, attending his first European Union summit, agreed for government officials and representatives of the country’s lenders to find common ground ahead of Monday’s Eurogroup.

Finance Minister Yanis Varoufakis and his eurozone counterparts failed to issue a common statement at a Eurogroup that ended early on Thursday morning. However, Tsipras met on Thursday in Brussels with Eurogroup chief Jeroen Dijsselbloem and agreed that representatives of the European Commission, the European Central Bank and the International Monetary Fund should work on the details of a possible deal in the buildup to the Eurogroup on Monday.

“[We] agreed today to ask the institutions to engage with the Greek authorities to start work on a technical assessment of the common ground between the current program and the Greek government’s plans,” Dijsselbloem tweeted. This, he said, would pave the way for crucial talks between eurozone finance ministers next Monday.

"We leave today having made some significant steps," said Tsipras at a late night press conference following the summit. "The technical teams will work over the next few days to prepare the ground for Monday's Eurogroup."

Tsipras insisted that he did not feel "isolated" at the EU Council and said that he explained to his counterparts that the government wants to combine the mandate it has received with Greece's obligations as an EU member. But he insisted that Athens would not accept the continuation of the Memorandum of Understanding or the troika in its existing role.

"The memorandum as we knew it is over," he said. "The same goes for the troika."