Greece, Eurozone Fail To Agree On Next Steps 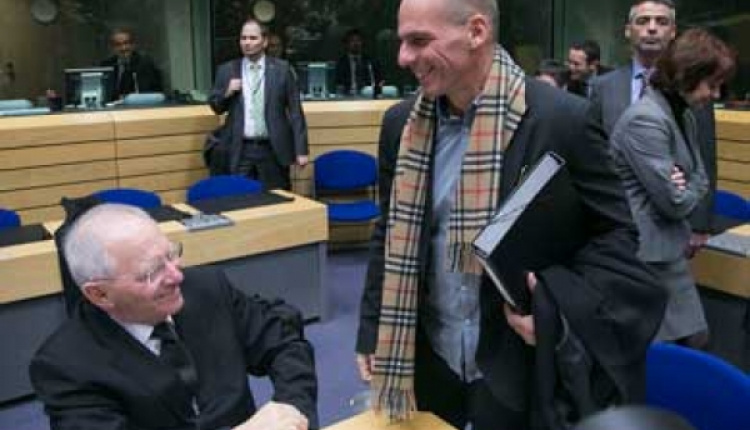 Wednesday's Eurogroup ended without agreement between Greece and its eurozone partners but also without a joint statement on how to move forward. "We explored a number of issues, one of which was the current program," Eurogroup president Jeroen Dijsselbloem told a news conference in the early hours on Thursday in Brussels.

"We discussed the possibility of an extension. For some that is clear that is preferred option but we haven't come to that conclusion as yet. We will need a little more time."

It appears that the two sides had agreed to release a joint statement but that last minute objections from the Greek delegations, which was led by Finance Minister Yanis Varoufakis and Deputy Prime Minister Yiannis Dragasakis, led to the process being abandoned.

Dijsselbloem said that the all the eurozone finance ministers would reconvene on Monday, which is the last planned Eurogroup meeting of the month, to reassess the situation but there would be no discussion between experts or visits to Athens in the meantime.

Varoufakis made a brief statement to reporters after the meeting and played down a failure to reach a common position. He said he believed a "healing deal" could be reached on Monday.

He denied that the sticking point had been an insistence from Greece's eurozone partners to extend the existing bailout and said there were no threats towards Greece during the meeting.

"We explained whey this bailout is not working," he said. "We want a new contract with Europe."