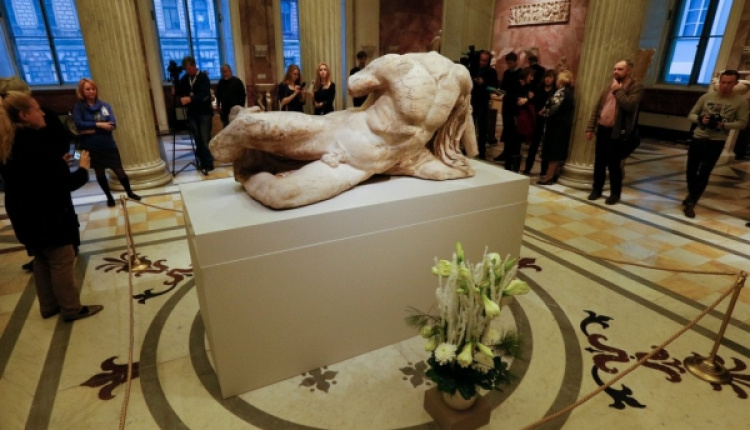 The British Museum is discussing to loan more Parthenon sculptures to foreign museums, after loaning the statue of god Ilissos to Russia’s State Hermitage Museum in St. Petersburg.

British Museum director Neil MacGregor told “The Telegraph” that several museums from across the world are interested in borrowing the Parthenon Marbles and that he is discussing with them. He said that talks are underway for almost a year but declined to name the time of the loans or the museums, according to “The Telegraph.”

The sculpture of god Ilissos is the first piece of the Parthenon Marbles that has ever “left” the British Museum. The sculptures were taken by Lord Elgin from Greece in 1803, when the country was still under Ottoman rule. Despite the efforts of Greek governments of the past thirty years, the Parthenon sculptures – or Elgin Marbles, as the British like to call them – were never returned to Greece.

Last Friday, Greek Prime Minister Antonis Samaras spoke of the Ilissos loan and called it “an affront to the Greek people,” who are infuriated that the Parthenon sculptures “travel,” but not to their home. The British Museum’s argument had so far been that the sculptures cannot be moved. Now that argument is invalid, Samaras said.