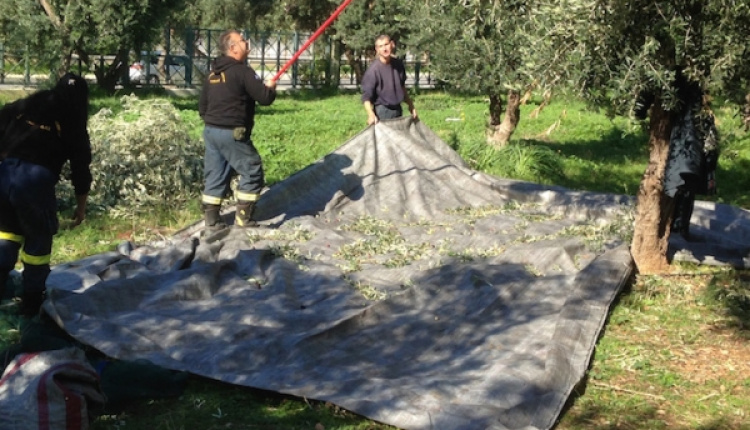 As olives were harvested this fall to be prepared for the massive olive oil production that takes place throughout Greece, a special harvest took place in the municipality of Glyfada, involving a humanitarian effort by the city and volunteers to provide olive oil to people in need.

Like most of Greece, olive trees are abundant on public land and go largely untouched, with tons of fruit simply withering and falling to the ground, season after season.  One resident - Stavros Giakoumakis - wanted to change that and approached Glyfada's mayor, Giorgos Papanikolaou, with a plan.

That plan involved a massive volunteer and educational effort to harvest all of the olive trees that exist on public land; parks, forested areas and other areas that belong to the municipality, and produce olive oil that would, in turn, be given to needy familie through the city's public welfare efforts.