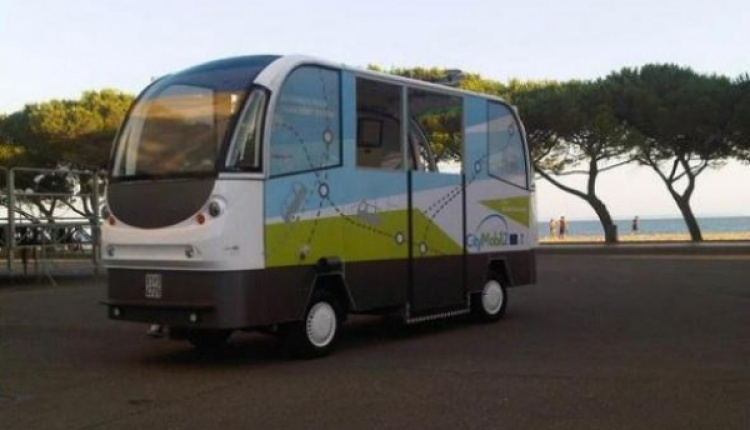 Four revolutionary driverless busses have successfully completed their first trial runs in the Greek city of Trikala in central Greece; the first of five European cities to introduce the automated transportation. The driverless bus is due to become fully operational in October.
The initiative is the combined effort of the CityMobil2 Program, a multi-stakeholder project co-funded by the EU’s Seventh Framework Program for Research and Technological Development.

This small futuristic vehicle will make a 2.4 km route on a daily basis from Tuesday to Sunday, from 10:00 to 14:00 and then again from 16:00 to 20:00. The first six days of its operation (until September 17), the bus circulated the city of Trikala without carrying any passengers. Passengers were welcomed to join the experience starting on Friday September 18.

Built by French manufacturer Robosoft, the buses are electric, silent and non-polluting. They are 5 meters long, 1.5 meters wide, carry 10-12 people, and do not exceed 20 km/h. The vehicles are equipped with an advanced GPS and a laser mapping system for localization and movement control. Laser and ultrasound technologies are used to detect obstacles in front of and around the bus.

Similar automated road transport systems are expected to be implemented in a number of urban environments across Europe.
Sources: PappasPost & Greek Reporter & eKathimerini