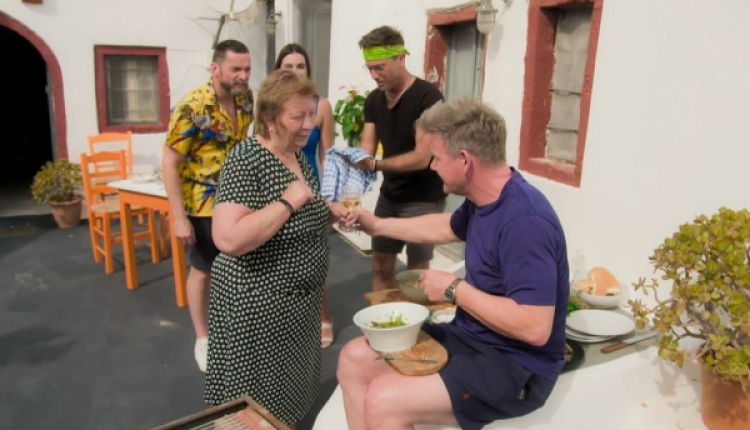 Their RV hits the beautiful Greek islands and historical city of Athens, for a big fat Greek adventure, together again behind the wheel on an epic odyssey like no other.

The guys begin their adventure in Crete, Greece’s largest island, before navigating their way to stunning Santorini, making their way to the party island of Mykonos and finishing their trip in the Greek capital Athens and the monasteries of Meteora.

One of the series' highlights is when Yiayia Catrina from Santorini, renowned for her legendary Moussaka tastes Gordon’s Salsa Verde and criticizes how much salt Gordon has added.