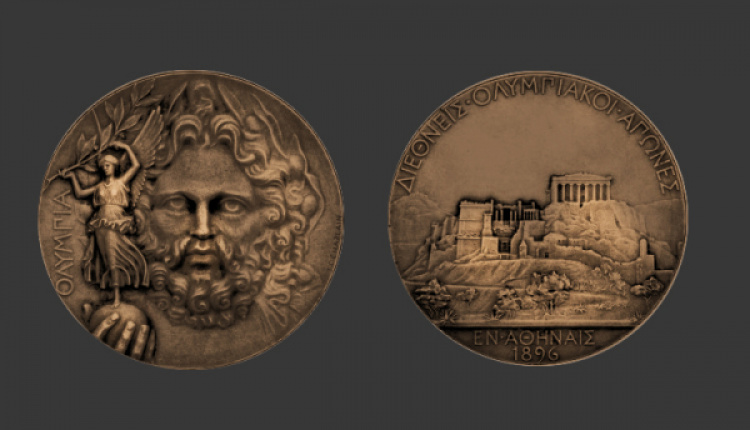 A medal awarded at the first modern Olympic Games, held in Athens in 1896, recently sold at auction for $65,625.
The bronze medal was awarded to Georgios Tsitas, a Greco-Roman wrestling athlete who won second place at the Athens Olympic games in 1896. At the 1896 Olympic Games in Athens, first-place winners received a silver medal, a certificate, and an olive branch, while runner ups won a bronze medal, a certificate, and a laurel branch.
The medals were designed by Jules-Clement Chaplain, a renowned French Art Nouveau sculptor, and feature a relief of Zeus holding Nike, the goddess of victory. On the other side, there is an elaborate representation of the Parthenon and the words “International Olympic Games in Athens, 1896,” in Greek.
The Boston-based auction house that made the sale noted that athletes’ medals from the 1896 Olympic Games are extremely rare to come across, and this is the first one they have ever sold.