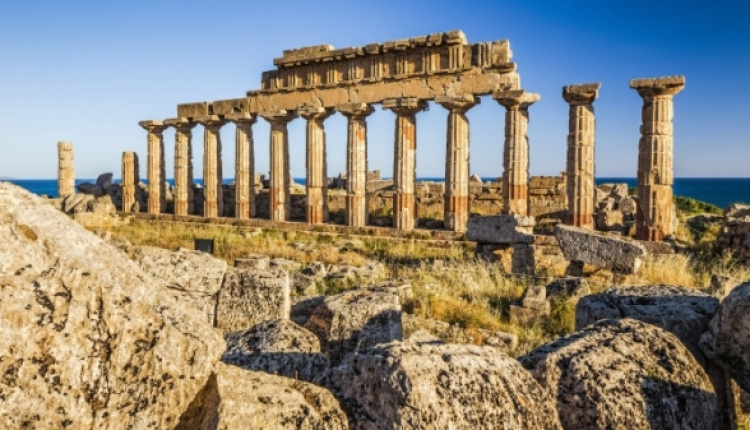 As reported by London's Independent Newspaper, archaeologists unearthing the lost ancient city of Selinunte on Sicily's southwest coast have found a city frozen in time, little different from the day 2,500 years ago when it was suddenly attacked and its residents massacred and enslaved.

The allure of Sicily's beauty is nothing new.  Around 650 B.C. the Mediterranean island seduced a band of colonists from the port of Megara in ancient Greece who settled near the mouth of a small river on the southwest coast.  The colony - names for the wild celery ("selinon" in Greek) that grew in the surrounding hills overlooking the sea - grew into a prosperous trading port.  Ships from across the ancient world sailed into its harbor.  Residents of the city of 30,000 at the far western edge of anceint Greece purchased good from Egypt, Tirkey and France with coins imprinted with images of celery leaves.  With its commercial wealth, the city erected mighty temples to a pantheon of Greek deities.

Approximately 2,500 years ago, however, the glory days of the city the Greeks called Selinus came to an abrupt end,  In 409 B.C., an estimated force of 100,000 troops from Carthage traveled across the sea from modern-day Tunisia and laid siege to the city.  After Selinunte held out for 10 day, the Carthaginian invaders breached the city's walls and massacred approximately 16,000 residents and soldiers who tried to defend the city.  Another 5,000 residents, mostly women and children, were taken as slaves,  The once-thriving city became a ghost town after the attack.  Carthage's attempts to repopulate Selinunte never took hold, and it finally razed the city around 250 B.C. during the First Punic War.