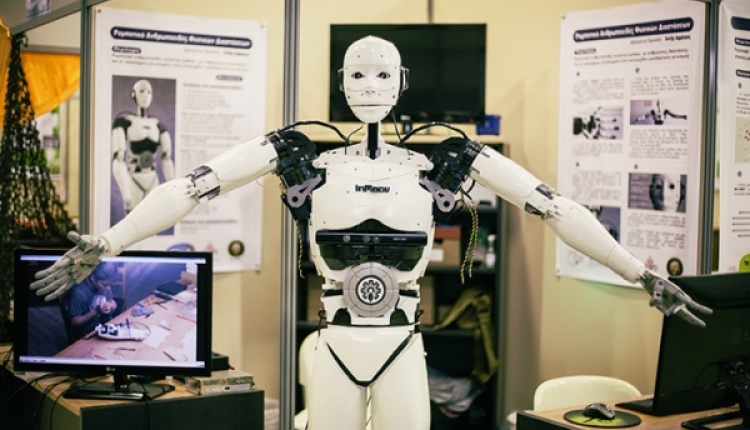 Greek student Dimitris Hatzis is the youngest person ever to create a life-sized humanoid using a 3D printer.  The 15 year old student from Kavala (Northern Greece) created the robot as part of the "InMoov" project, an open source platform.

Hatzis was able to costruct the robot using the platform that is centered around the development of a man-sized robot humanoid.  Like others on the project, he was able to access instructions from platform and share his project.  Success came for the student after a year of daily work.

Only six people in the world, including Hatzis, have been able to complete the task.  Dimitri is the youngest ever.  Other successful candidates are the original designers
of the robot; Frenchman Gael Langevin, two Russians, a German and an Italian.