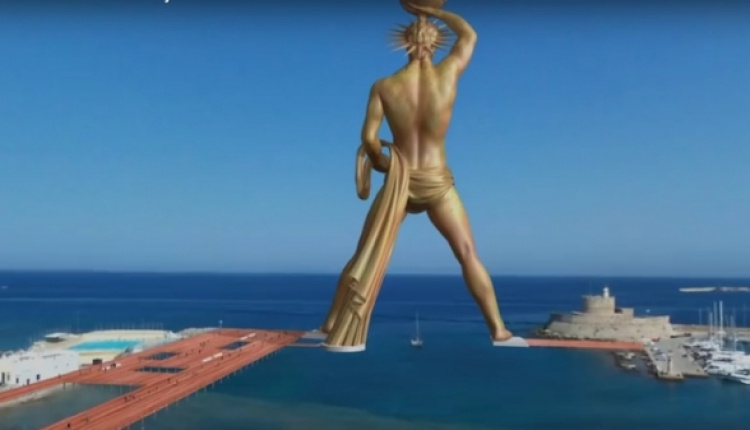 Young professionals from Greece, Spain, Italy and the United Kingdom have been inspired to take up the ambitious “Colossus of Rhodes Project,” aiming to revive one of the Seven Wonders of the Ancient World.
The Colossus of Rhodes was a statue of the Greek titan-god of the sun Helios, erected on the Greek island of Rhodes by Chares of Lindos, in 280 BC, to celebrate Rhodes’ victory over the ruler of Cyprus, Antigonus I Monophthalmus. It was one of the tallest statues of the ancient world standing over 30 meters (around 98 feet) high.

The bronze structure was destructed after Rhodes was hit by the 226 BC earthquake, however, it was not until 654 AD that Saracens ransacked the island and sold the statue’s relics.

Over 2200 years after its collapse, architect Ari A. Palla, archaeologist Christos Giannas and public relations-marketing professional Dionisis Mpotsas from Greece, civil engineer Enrique Fernández Menendez and economist Matilda Palla from Spain, architect Ombretta Iannone from Italy, as well as civil engineer Eral Dupi from the United Kingdom, recommended its restoration, as part of a European initiative the financing of which is addressed to the general public.