The Pocket Parks Of Athens - A Great Way To Tackle Pollution 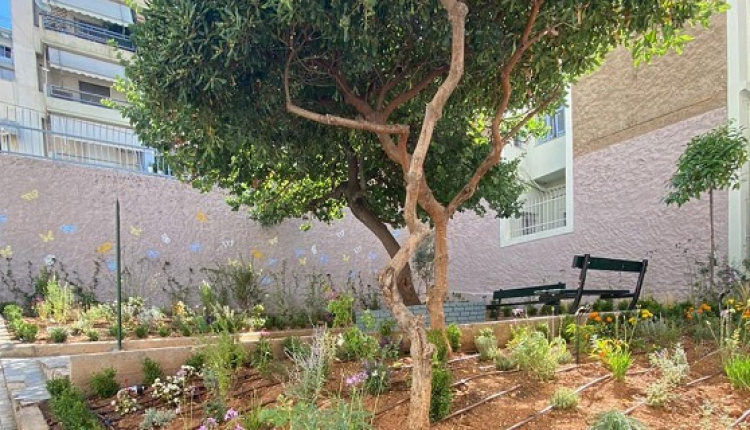 The idea of pocket parks, a new way to upgrade urban space, has found fertile ground in the Greek capital, which is focusing on the green and sustainable development of the urban fabric. Athens, like many other large cities around Europe and the world, suffers from a lack of free public spaces.

The urban planning model of previous decades and the conditions created in the city, especially after the waves of domestic migration from rural areas to the capital, have resulted in a cramped living environment, not just in the centre of the city but also in many other districts.

Scientists around the world dealing with climate change and construction are sounding the alarm, pointing to pocket gardens as an essential way of improving everyday life in the city in many areas. In the US and the UK, 'pocket parks' are already being considered as a means of tackling crime and isolation in densely populated areas and, above all, protecting the environment. These practices are also being adopted in Athens, where this concept of small gardens is now being introduced in many corners of the city, as part of the "Adopt Your City" program.

So, what are exactly pocket parks? '''Pocket parks'' are green spaces in sites that have been abandoned for many years and have turned into rubbish dumps. They are located in densely populated neighborhoods of the city and become the bases to utilize every last inch of public space for the benefit of the cities’ inhabitants. These parks are great assets for a city; not only do they contribute to the protection of the environment thanks to their plants and cooling effects, but they also play a role in addressing the isolation felt by large cities’ dwellers. This benefit is ever more important during the pandemic. In other words, they have a very significant social contribution.

The Municipality of Athens has already created four pocket parks in the districts of Kypseli, Kolonos, Pangrati, and Metaxourgeio. This is just the beginning, as the municipal authorities plan to create more parks in other neighborhoods as well as in the city centre, in order to reclaim spaces that have been abandoned for many years.

Of particular interest is the way in which pocket parks are designed in order to become year-round green lungs, using eco-friendly concrete in the pavement and footways, recycled wood benches, densely planted evergreen and deciduous trees, and an underground irrigation system. The flowerbeds are bordered with low evergreen shrubs (myrtle leaf) to prevent people from stepping on them, while a corner is transformed into a vertical garden by placing climbing shrubs. There are also signs next to each plant giving useful information about its identity, as well as structures for useful insect nests. In addition, the gardens are lighted by state-of-the-art autonomous photovoltaic systems, including a digital panel with information on temperature, humidity and other environmental factors.

To read this article in full, please visit: greeknewsagenda.gr