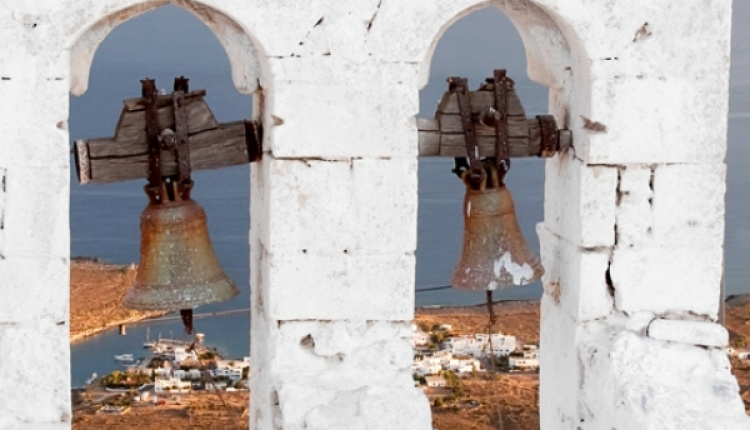 Kythira has had its name since antiquity. It is also called Tsirigo as the official name Kythira can be spelled out also as Cythera, which can be simplified and be pronounced as Tsithera. The everyday use of this name has formed it to eventually be “Tsirigo”. The name Kythira, though, derives from the Greek word “Akyhteros”, which means the person who does not have any charms. Since Kythirawas highly connected to Goddess Aphrodite, was the Goddess of love and beauty was called Kythiria, it finally took its name from her. In various periods in history the island was also called “Porfirousa”, as the sea algae “Porfira” used to be collected here, and “Foinikounta”, as it used to be a colony of the Phoenicians (Foinikes in Greek).

Castle of Hora
The castle of Hora is important because of its strategic location observing the Ionian, the Aegean and the Cretan Sea at the same time. It was constructed on the 13th century A.D. during the Venetian Domination but its main part was finished in 1503 A.D.

Right in the front of the Church of Pantokratoras the headquarters of the castle is found which nowadays hosts the Historical Record of Kythira. On the headquarters’ square the former Catholic Church “Panagia of the Latinos” which was changed in 1806 A.D. to an Orthodox church under the name “Myrtidiotissa”.
You could definitely visit the castle which also provides a wonderful view from the top and combine it with a walk around Hora in the evening.

The biggest lighthouse that was ever built by the English on Greek grounds is encountered on the northern spot of the island, cape “Spathi”. It was built in 1857 and is 25 metres high. The visitor is provided with a panoramic view of the surrounding place.

To get there you must first reach the village of Mylopotamos and take it from there on foot. There is a sign that leads you to this overgrown and wonderful place with paths, brooks and large plane trees.

The waterfall of “Neraida” or “Fonissa” is 20 metres high and forms a small lake underneath it. The place is surrounded by abandoned watermills that used to work by the force of the river water for the grinding of the grains.

Finish this amazing tour into this unspoiled and blessed place with reaching the wonderful Kalami beach.

At the south east of Kythira island, right opposite the port of Kapsali, Hytra islet is found or else referred to as Avgo (meaning “Egg”). On its north part there is a water cave that is a refuge for seals. The islet is also a place where a special and protected kind of falcon called Mavropetritis (Falco eleonorae) has built its nest.
On its steep and rough ground grows the plant called Sempreviva (helichrysum orientale) which is collected every summer by the locals and is used for handicrafts.

There is a boat to take you there from the port of Kapsali.