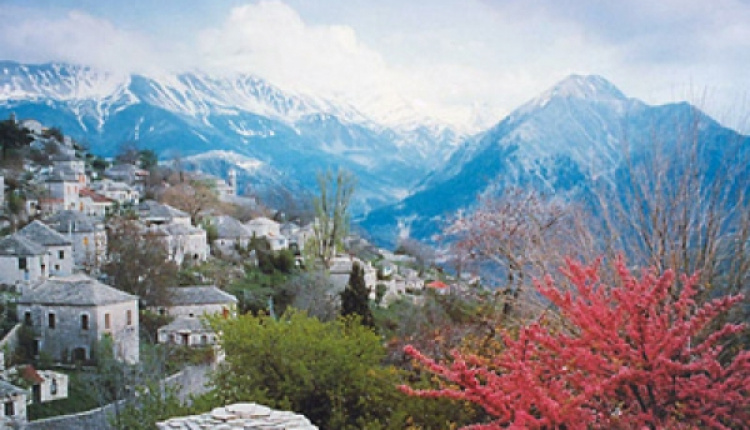 Kalarrytes belong to the prefecture of Ioannina, located on the western slopes of Pindos, at an altitude of 1200 m. The village is surrounded by the mountains of Peristeri (Lakmos) and Tzoumerka (Athamanian mountains). On the northwest, the steep gorge of Kalarrytikos river separates the village of Kalarrytes from Syrrako, while on the north and above the village extend the plateaus and mountain grasslands of Baros, which connects Thessaly to Epirus.

The first settlements of vlach-speaking Greek population in the region of Kalarrytes can be traced back to the 10th century AD. In the 18th and 19th centuries, the community achieves its greatest financial, social and cultural development with the Kalarrytan merchants trading wool textiles through a well-organized commercial network to all European markets, while most of them also maintain shops in Ioannina. A large part of the population are distinguished as silversmiths, establishing Kalarrytes as one of the major silversmith centres of the Balkans. During the 19th century, the art of silver spreads from Kalarrytes all over Greece and Italy. Families of silversmiths such as Tsimouris at Ioannina and Kalarrytes, Bafas in Zakynthos, Papageorgiou and Papamoschou in Corfou, and Nessi and Bulgari in Italy are still famous today.

The economic, cultural and residential development of the community is accompanied by intellectual development as the Greek Enlightenment reaches Kalarrytes. Anastasios Bekiaris and rector Georgios Sgouros taught at the school of Kalarrytes, which was founded in 1758. The scholars Vlahoyiannis and Giourtis also originate from there. W. Leak and F. Pouqueville, who visited the community of Kalarrytes at the beginning of the 19th century, describe in their travel journals the lawful society, the culture, the exquisite architecture, the booming trade, and the high educational level of the people.