Things To Do In Lefkada 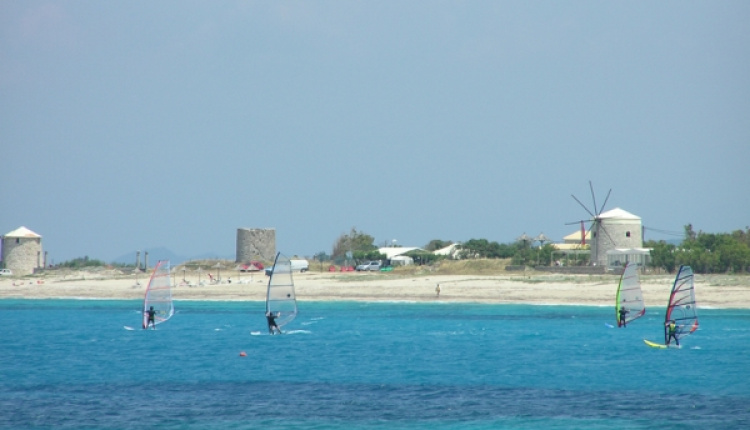 Lefkada is the fourth biggest island in the Ionian Sea and is very close to the mainland, so close that it is assumed that the island used to be attached to the mainland in the past. Nowadays, it forms the homonymous nomarchy and its capital is Lefkada Town. Despite the fact that the Drepanos Channel seperates the island from the mainland, there is a long causeway and a floating bridge. Hence, Lefkada is the only island that can be accessed by car. The island covers a 302.5-square-kilometer area while its population comes up to 22,879 people. Lefkada has a typical Mediterranean climate: mainly wet, hot summers and cool winters. Here are some things you can do if you choose to visit...

• International Folklore Festival. As of 1962, bands and artists from all over the world meet in Lefkada every August and exchange the product of their cultural and artistic folklore in the fields of dancing, music, and traditional heritage.
• The Discourse & Art Festival. It has been organised by the Cultural Centre of Lefkada and involves theatrical and musical events, exhibitions, conferences, and poetry nights. It is one of Greece’s oldest cultural institutions along with the Athens Festival.
• Wine festival that takes place in Sfakiotes Municipality on Frya Square, around the historic Frya Well.
• Representation of a traditional wedding in Karya (August 11th).

Activities
• Swimming. If you stay in Lefkada town, you can swim at Kastro, Gyra, Myloi, and Agios Ioannis Antzousis. You will discover there are amazing beaches almost everywhere and to the island’s east you will find numerous beautiful, wooded isles.
• Visiting the sea caves. Kalamos and Kastos isles are within a short distance and can boast beaches and sea caves of great beauty.
• Bicycling; the town of Lefkada as well as the nearby coastline are ideal for a bicycle ride. Go round the lagoon, following the exceptional scenic route: Agia Mavra – Gyra – Myloi – Ai Giannis – Lefkada.
• Marina: it is located at the town’s east side, and is considered to be the best equipped marina in Greece.

Sports
• Kite surfing in Myloi beach.
• Mountain biking: the island’s tall, green mountains are criss-crossed by routes and trails that are ideal for this sport. Rent your mountain bike in Lefkada town.
• Paragliding (parapente) over Kathisma beach.

Visit also:
• Kariotes, a seaside village with modern tourist facilities, lying on the island’s east shores. At “Spasmeni Vrysi” location there is a well equipped camping site.
• Nikiana, a picturesque fishing village, built at the foot of Mount Skaros near a forest of age-long oak trees.
• Nydri. The island’s biggest tourist resort can boast an intense nightlife and an ultra-modern marina. Nydri faces Prigkiponisia (i.e. Madouri, Cheloni, Skorpios, Skorpidi and Sparti islands). There is a ferryboat service running to Meganisi, Ithaca, Kefalonia and Central Greece. You can go scuba diving; try one of the local scuba diving centres that organise underwater explorations. You can also opt for other water sports such as sailing or choose mountain biking, hiking, even swimming at the waterfalls cascading in Dimosari ravine.
• Poros, the southeastern Lefkada’s “balcony” offering a fine view of Arkoudi, Oxies, Ithaca, and Kefalonia islands. Swim in the crystal-clear waters of Mikros Gialos, where you can also find a well-equipped camping site.
• Vasiliki is a place with abundantly flowing waters and a vibrating nightlife. Take the ferry for a visit to the captivating Porto Katsiki beach, Agiofylli beach, Kefalonia and Ithaca. Vasiliki bay is a destination widely known for the particular climate conditions and favourable winds that make it very popular among windsurfing fans. You will also find horse riding farms that organise outings on horseback in the country.
• The lighthouse (within a short distance from Athani village) and the ruins of Apollo’s sanctuary in cape Doukato (Lefkata or Cape Kyra). That breathtaking location of rugged cliffs and magnificent sea view is also known as “Sappho’s Jump”; legend has it that this was the spot where Sappho, the lyric poetess of antiquity jumped off from, taking her own life.
• Agios Nikitas, a beautiful seaside village.
• Karya, a well known mountain village with a picturesque plane tree shaded square. The exquisitely crafted traditional “karsanika” embroideries have won the place a fine reputation.
• Egklouvi, another beautiful traditional mountain village. It is famous for producing delicious lentils that are one of the top varieties in Greece. Other cultivations include chickpeas, broad fava beans, and a rare grape variety called “vertzami” possibly introduced to the area by the Venetians in 1684.

3. Kastos
Kastos is an elongated isle covered in olive trees. It provides safe anchorage for boats sailing the Ionian Sea. There are very few roads on the island, so there are no cars. Sarakiniko, the island’s west natural bay has a small jetty that allows mooring even during bad weather. There is a small shuttle boat service running to Central Greece. Visit Kastos village, Fokotrypa and Agios Aimilianos country chapel.