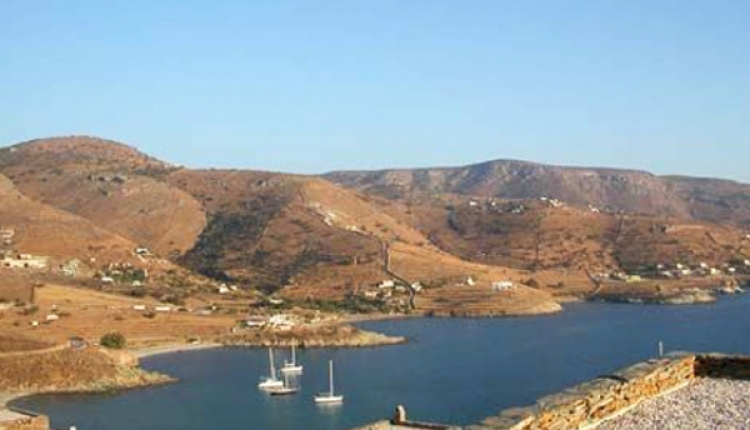 The serene island of Tzia is an island with striking landscapes, stunningly beautiful beaches, picturesque villages and winding paved alleys exuding peace and tranquillity. In spite of being the capital of the island, Ioulida or Chora is a traditional village reflecting the island’s spirit with donkeys used for transportation and central squares dotted with cafes and restaurants.

The Kastro (Castle), with the remains of the Venetian wall and acropolis, the church of Agia Paraskevi, the Episcopi Monastery, the Archeological Museum hosting ancient artifacts from excavations that took place on the island are also sites that one must visit as well as the neoclassical buildings of the city hall and the school, the Agia Anna Monastery, the Church and Tower of Agia Marina and the Cathedral of the Annunciation.

The Lion of Kea in Ioulida

This is an archaic statue curved out of stone resembling the lion that chased off the water nymphs according to the Mythology. According to the myths, when the nymphs inhabited the island they started killing the women. The people wanted to abandon the area but a priest of Zeus prayed to the God and he sent a lion to drive away the nymphs. And so it was done. The inhabitants then carved a lion in the rock so that the nymphs would see it and get scared. This is the Lion of Kea…a dive into mythology!