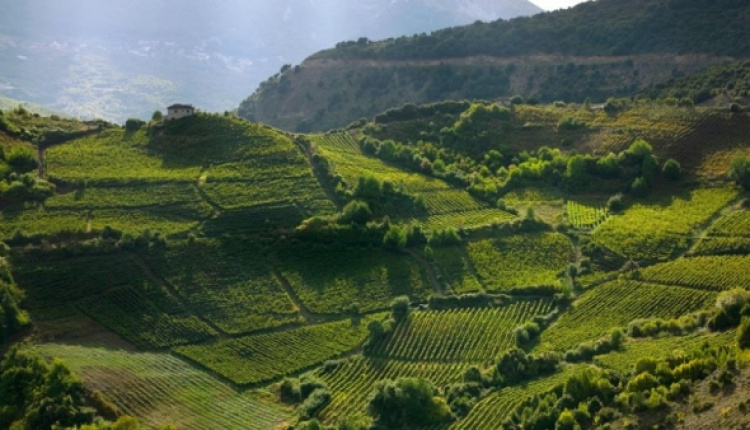 Far away from your typical travel poster image (the Parthenon, the white houses resembling sugar cubes and the obligatory Zorbaesque syrtaki dance at the foreground of a romantic sunset), the northern part of Greece is luxuriant, surprisingly multicultural with encompassing fertile plains blanketed by endless farm fields, massive mountain ranges divided by jaw-dropping gorges and crossed by swift rivers, hidden picturesque villages lost in dense forests, old magnificent cities, some of the most important heritage sites in Greece (Alexander the Great was born here) …Clearly, you need to spend some time here. This is without a doubt one the most idyllic parts of Greece.

For thousands of years Northern Greece has been the country’s melting pot, a geographical and cultural crossroads where the ancient Greek heritage has been colored by Balkan traditions and where oriental influences from the time of the Ottoman occupation have been molded in the Orthodox legacy that Byzantium left behind. Hence, Northern Greece has developed its own distinctive character compared to the rest of the country manifested by notable differences in the architecture, the food, the local customs and at some places even the language. Here you will experience a different version of Greece among the most genuine and authentic ones that exist today. And surely, one of the most charming.

And yet, despite being one of the country’s most enticing regions, Northern Greece remains relatively undiscovered. Thessaloniki, the metropolis of the area, and Chalkidiki, the three pronged peninsula with the mesmerizing turquoise waters, are two exceptions, since they are well frequented during summer by many sun-thirsty eastern Europeans, Greek families or business travelers. If like them you are looking for the clichéd trademarks of the archetypical Greek holiday, the sun, the sea and the nightlife you will find them here, often at a very good price…as you would in any other part of Greece.

What you will find nowhere else though is the home of the mighty warrior Philip II of Macedon and his famous son, Alexander the Great who built one of the greatest empires in the history of mankind. Vergina, the burial site of Macedonian kings with its fantastic museum, Pella the ancient Macedonian capital, and the impossibly invigorating site of Dion at the foot of mount Olympus with its famous colorful mosaics, springs and luxuriant vegetation, are without a doubt three of Greece’s most impressive ancient sites. From the colorful, vibrant, urban experience of Thessaloniki, where Byzantine churches and Roman ruins mingle with trendy bars and restaurants, to the cultural mosaicism of the atmospheric small jewels of Kavala, Xanthi, Kastoria, Edessa, Alexandroupoli and Ioannina or Zagorochoria, the magnificent complex of traditional mountain villages, you will be spoilt for choice when it comes to traditional architecture, folkore, historical sites and welcoming locals.

And if you hesitate whether to venture in the heartland’s stark mountains and wilderness, we assure you that once you make the first step you will barely remember, let alone, miss the indigo-colored beaches you left behind. Few places in the world beat the soothing melancholy of the Prespes lakes, the beauty of national parks across the Pindos mountain range or the awe when you peek above the lip of a vertiginous cliff at Vikos, the steepest gorge in the world.

Northern Greece is equally great to visit both in winter and summertime. In summer you get the “sea and sun” but also many opportunities for trekking, whitewater rafting, mountain biking and other outdoor activities; in winter time you trade the hot sunny beach days with the cosy atmosphere of a fireplace in one of the traditional mountain villages watching the snow falling outside. A great time to go skiing or to relax at one of many the spas that have started colonizing the area. And on top of that you get to have the, usually packed with bus tours, archaeological sites all to yourself.