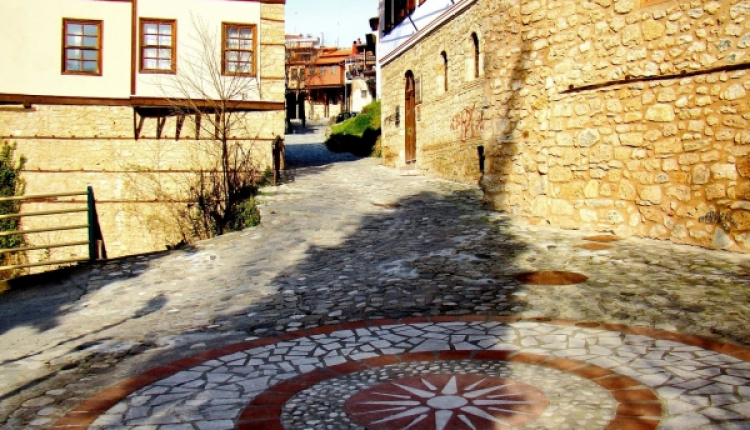 Veria is the capital city of the Prefecture of Imathia and is located in the northern borders of Greece, in the region of Central Macedonia. It is 362.6 km² in size and its population amounts to 47,500 inhabitants. Across the town passes the river "Trippotamos", the rocky banks of which and its special flora create a stunning natural environment.

Though Veria has been an important settlement since ancient times, the Roman statesman Cicero (100-43 BC) described it as an "out-of-the-way town" because of its distance from Thessalonika (68 km) and the Roman Via Egnatia.

Today, despite being close to a throbbing motorway, it remains a small, neat provincial town amongst the hilly farmland of central Macedonia, with a view across the broad plain below.

Saint Paul the Apostle preached in Veria on his evangelical tour of Macedonia (around 49-51 AD) and found a very receptive audience. A grand outdoor marble and mosaic monument to his visit has been built on the Víma, the square where he preached, at the edge of the town.

One of the main mosaics depicts Paul's "Macedonian vision", a scene found in many churches in Macedonia.

Downtown has a couple of main streets lined with smart shops, cafés and offices full of well-dressed young people. Pleasant but unremarkable. As ever, it's when you go behind this modern veneer and explore the side streets and alleys that things get interesting.

As so often in Greece, one comes across the widespread ambivalence to its own history and heritage. Ancient mosques, churches and houses have been left to decay.

During the five centuries of Turkish occupation, churches were disguised as barns and warehouses. There are said to be 48 of these, which explains Veria's epithet "Little Jerusalem". But the stories of disguise seem odd, as you only have to walk past one and peer into a window to see the magnificent frescoes or smell the incense. It is impossible not to conclude that there must have been a degree of collusion or laissez-faire between the local Greek and Turkish populations. This was certainly not always the case, and the Turkish authorities were known to inflict vicious retribution, such as the hanging of the archbishop in 1436.