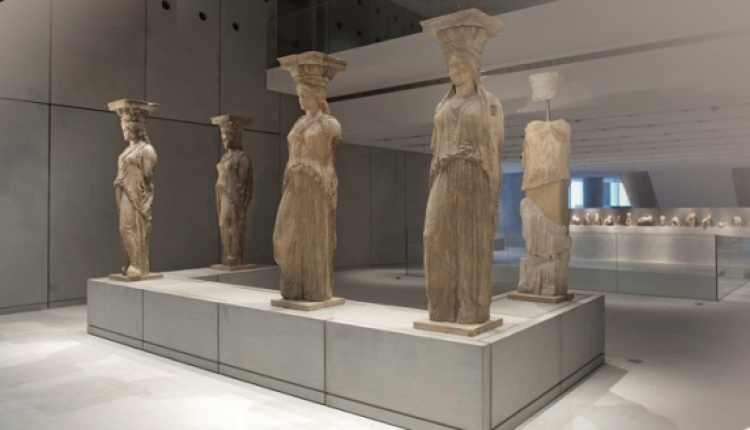 It's common to hear about men from Classical Greece who had an impact on society, but rarely do we hear about bold and fascinating women from this time who changed history in her own way. Here are just a few women known for her their boldness and impact on Greece's history.
Agnodice of Athens (4th century BC)
No woman’s life and work was considered more scandalous and shocking at the time Agnodice, who was the first female doctor in ancient Athens and whose challenge to the male-dominated profession changed the laws regarding women practicing medicine.

Women had always been allowed to perform the services of midwife and could even attend patients, until it was alleged that they were helping their female patients procure abortions. After that, women were not allowed to practice medicine, and the penalty for doing so was death. Agnodice cut her hair and disguised herself as a man in order to study medicine and even traveled to Egypt, where women were held in higher regard and could be doctors, in order to learn her craft. Still in her guise as a man, she returned to Athens and began to treat people.

She became so popular among female patients (who knew she was a woman) that she was accused by a group of men (who thought she was a man) of seducing them. She was put on trial in the Areopagus and, in defending herself against the charge, revealed she was a woman. The men then threatened to execute her for breaking the law by practicing medicine while pretending to be a man. She was saved by her female patients who shamed the court into acquitting her. It seems as though they pointed out how Agnodice had been successfully practicing medicine for some time now and that the male doctors were simply jealous. After her trial, the laws were changed so that women could practice medicine equally with men.
Telesilla of Argos (5th century BC)
Of the poets listed with Anyte in Antipater’s list of earthly muses is Telesilla of Argos who, though famous for her poetry, became more so for defending her home city against the invading Spartans in 494/493 BC.

After Cleomenes I of Sparta decimated the Argive forces, he marched to the city of Argos. Telesilla took down the ornamental arms from temples in the city, raided the armory for whatever was left, and equipped a force of the city’s women with arms and armor. Her organized women defense team inflicted heavy losses on the Spartans and ultimately defeated them, as Sparta withdrew its army, and Argos was saved.

Hydna of Scione (480 BC)
Hydna of Scione was trained to swim by her father, Scyllis, a diving instructor and expert swimmer who taught the art of swimming for a living. He instructed his daughter from a young age, and she became well known for her ability to dive deeply and swim long distances.

To read more about these fascinating women and others, please visit: The Pappas Post