Christmas & New Year Carols From All Over Greece 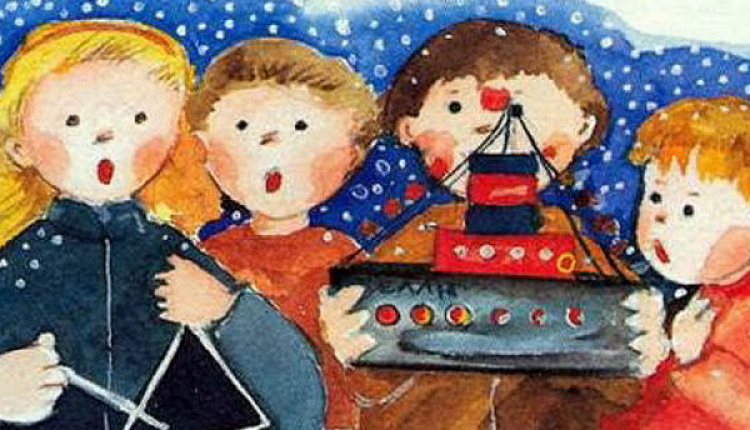 Celebrating Christmas and New Year in Greece goes together with many traditions, such as sweets, and carols.  During December, you can listen to Greek carols all over the country: in Greek, they are called “kalanta”.
Greece is rich in music and depending on the geographical regions, there are also different Christmas and New Year songs, using different instruments and rhythms.

Because this year it is doubtful Greek children will be able to sing from door to door, due to the coronavirus, we selected some examples of Greek “kalanta“ for you to listen to online. At the same time, we took the opportunity to introduce you to some Greek geography! Enjoy!

Western Thrace is a geographic and historical region of Greece, located between the Nestos and Evros rivers in the northeast of the country. Together with the regions of Macedonia, Epirus, and sometimes Thessaly, it is often referred to informally as northern Greece. It is also called Greek Thrace to distinguish it from Eastern Thrace, which lies east of the river Evros and forms the European part of Turkey. In Thrace live about 400.000 people. More than two-thirds of the population are Orthodox Christian Greeks, while the other third are Muslims, who are an officially recognized minority of Greece. Of these, about half are of Turkish origin, while another third are Pomaks who mainly inhabit the mountainous parts of the region.

LISTEN TO THE CAROL HERE
New Year Carol from Ikaria

Ikaria belongs to the Aegean islands – separate islands in the North Aegean Sea, but are often grouped under the general term for tourist or administrative purposes. The largest among them are Lesbos (the third largest island in Greece), Thassos, Samos, Chios, Ikaria, Lemnos and Samothraki.

LISTEN TO THE CAROL HERE

The Dodecanese are a group of 12 larger plus 150 smaller Greek islands in the Aegean Sea, of which 26 are inhabited. The most historically important and well-known is Rhodes (Rodos), which, for millennia, has been the island from which the region is controlled. Also, Kos and Patmos are historically very important; the remaining nine of the 12 are Astipalea, Kalimnos, Karpathos, Kasos, Leros, Nisyros, Symi, Tilos, and Kastellorizo.

LISTEN TO THE CAROL HERE

Visit OMILO to read and listen to the entire Greek New Year song in Greek and learn more about Christmas and New Year traditions!