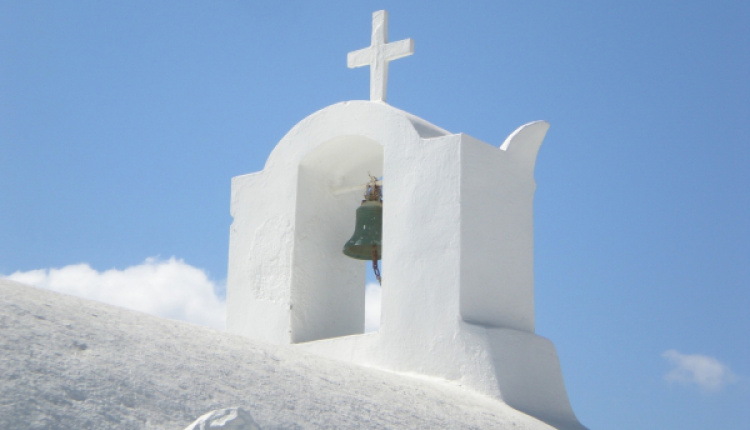 The day of the Virgin Mary (or in Greek, tis Panagias) is a Christian feast day that is celebrated in many countries, particularly in parts of Europe and South America. In Greek, dekapentavgoustos (literally translated to August 15) is among the top three most celebrated holidays in Greece, along with Easter and Christmas.

As one of the largest holidays in Greece, almost everything is shut down or running on a relaxed mode for the day. It is one of the most celebrated name days in Greece and this of course means big celebrations with lots of food, music, and friends!

Christian History Behind the Holiday

The Ephesian origin is plausible as it was the Council of Ephesus which first proclaimed the feast. The story itself does not appear in the Bible but is found in apocryphal stories and folklore, with written records dating back to as early as the third century. Accounts of the story differ; however, some critical details are consistent.

Saint Thomas, who had been preaching in far-off India, found himself swept up in a swirling cloud which took him to a spot in the air above her tomb, where he witnessed her ascent. Thomas ultimately landed near the tomb where he met the other surviving apostles. He begged them to let him see her body so that he could say goodbye, but that's when it was discovered that she had left the earth in body and in spirit, to intercede on the behalf of the faithful.
Traditions & Celebrations  Around Greece
Tinos

The top pilgrimage destination is Tinos, the Cycladic island that holds the church of Virgin Mary, of which has become its landmark. The day of the Assumption is the most important day of the year. Thousands of pilgrims flock to the holy icon of the church, many from the island’s port all the way up the large hill where the church is situated! A feeling of awe and admiration spreads throughout the town when the icon is carried in a procession.
Paros

One of the most imposing churches on the Aegean islands is the paleo-christian Virgin Mary of Ekatontapiliani in the capital of Paros, Paroikia. The icon’s procession is followed by people dancing to the local folklore rhythms while sipping wine from the island. Just a few kilometers away and a few hours later, the night becomes day when dozens of caiques approach the port of Naoussa with burning torches.
Kefalonia

A unique phenomenon on the Ionian island of Kefalonia, reoccurs year after year on the day of the Assumption and attracts many visitors. Small harmless snakes make an appearance on the dome of the church in the village of Markopoulo, as if they intended not to miss the religious celebration. Local legend says that during the years when pirates were thriving, some nuns of the area begged the Virgin Mary to transform them into snakes so that they wouldn’t be subjugated to the sea invaders. The Virgin Mary showed mercy to the scared women and now it seems that they continue to come back every year in order to thank the Holy Mother.

Koufonisia is one of the lesser known groups of islands in the Cyclades. On August 15 locals celebrate the Assumption in the Chapel of the Virgin on the uninhaboted island of Kato (Lower) Koufonisi. Food is served to everyone after the church service and then the congregation returns to Pano (Upper) Koufonisi where they continue the celebration with music, dancing, food, and wine till the early hours.