Protomagia - May Day In Greece 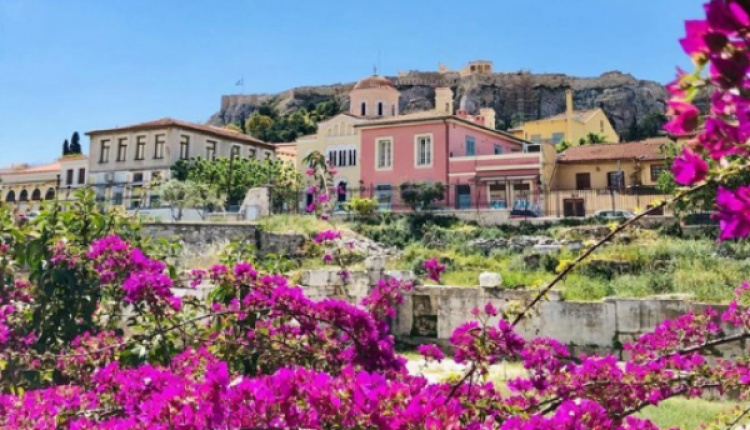 May 1st is International Labor Day and in Greece, it is called ‘Protomagia’ (literally meaning the first day of May). It is an urban holiday and people traditionally go to the countryside for picnics, fly kites, and gather wildflowers.
May 1st is a national holiday and this means that everything is closed, with the exception of cafes and food venues. Expect to have travel delays, demonstrations (typically peaceful), and heavy traffic!
Greek Protomagia & Folklore

The custom of Protomagia has its roots in Ancient Greece - it is a celebration of spring, nature, and flowers. Flower wreaths, typically made from hand-picked wildflowers, are hung on the doors of many homes in a way of welcoming nature and all things good.
May is the last month of spring and has taken its name from the Goddess Maia - a goddess who took her name from the ancient word Maia meaning great one or mother. May, according to Greek folklore, has two meanings: good and bad, rebirth and death. The custom celebrates the final victory of the summer over winter or as the victory of life over death, which dates back to ancient times, and culminates on the first day of May. This day was also dedicated to the goddess of agriculture Dimitra (or Demeter) and her daughter Persephone who on this day emerges from the underworld and returns to Earth. Her coming to Earth from Hades marks the blooming of nature and the birth of summer.
Some May Day History

May 1st is International Workers' Day, also known as Labor Day in some places. It is a celebration of laborers and the working classes that is typically promoted by the international labor movement, anarchists, socialists, and communists and occurs every year on the 1st of May. The date was chosen as International Workers' Day by the Second International to commemorate the Haymarket Affair, which occurred in Chicago on May 4, 1886.
May Day is a national public holiday in most European countries, however, not all countries celebrate the day specifically as Labor Day. Historically, the earliest May Day celebrations are traced back to the Floralia festival, a festival dedicated to Flora, the Roman goddess of flowers, that was held on April 27 during the Roman Republic era.