A Local’s Guide To Petralona 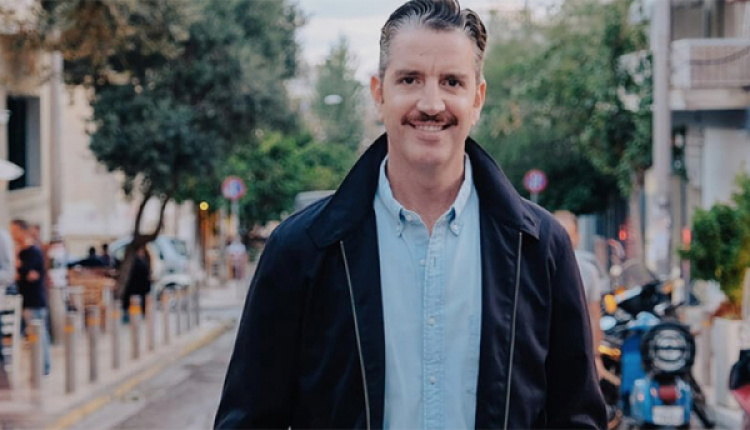 Petralona, and especially its upper half of Ano Petralona, is a neighbourhood often quoted as an example of contemporary Athenian gentrification. However, this is far from the truth since Ano Petralona always was, and remains, a charming residential area. Built on the foot of the Philopappou Hill hugging the Acropolis, below the ancient settlement of Koile, Ano Petralona has a truly Athenian vibe. This is why the addresses worth visiting are those with a neighbourhood feel, rather than the faux traditional joints that have sprung up in the last few years.

Arguably the neighbourhood’s bedrock, it is an institution which has been going strong for almost a century. Although the eponymous Mr. Oikonomou still lives above the restaurant, business has been in the hands of the colourful Mr. Kostas Diamandis for two decades—a "they don’t make ‘em like they used to” Greek, with a dry sense of humour and a big, kind heart. In the open kitchen, the female cook, Garyfallia, dishes out no-nonsense family fare such as roast baby lamb with waxy-lemony potatoes, rabbit casserole, or stuffed cabbage leaves (beef and rice) in a silky egg and lemon (avgolemono) sauce. Don’t be shy to ask for wine from the “reserve” barrel in the basement, and make sure you try some of the amber-red quince preserve Kostas makes himself, for dessert.

Much more than your average round-the-corner Thai, this is a place for rubbing elbows (the larger tables/benches are for sharing) with some cool characters from the Athenian arty milieu. Well-heeled customers from the northern suburbs also tend to flock here in search of neighbourhood authenticity and always end up paying a little more than they expected mainly because of the nice cocktails. (The wine list is in fact quite uninspired.) The food is always good and consistent. Sit at the bar and watch the action unfold in the open kitchen right behind, as a tableau vivant. Specials include elegantly presented red and green curries, a mean larb gai (shredded chicken and mint salad), and a very reliable Pad Thai.

One of Athens' oldest and most loved open-air cinemas, with a recurring repertoire of neo-realist, nouvelle vague and even Soviet classics. It doesn’t have the Acropolis view of the famous Thissio cinema nearby, but it doesn’t attract so many tourists either. If you want to feel like a true Athenian, come here on the warmest night and drink beer under the stars. Never mind if you have watched what’s on before—that’s beside the point.

The coolest of the area’s bars, this 'cage' as it’s named in Greek, is a neighbourhood dive that somehow managed to get a full revamp without losing its relaxed attitude. Don’t let the unfussy crowd fool you: the bartenders here are quite crafty with cocktails. Try the potent Negroni for a generous aperitif. If you don’t mind the indoor smoking, this is also a good option to hit the bar later in the evening for a nightcap, after dining in the neighbourhood’s various eateries.

The 'grande dame' of Petralona, Mrs. Chryssa, used to run the best (and only) sophisticated restaurant of Ano Petralona, before it was cool. Following the lifestyle curve to nearby Keramikos, she moved her business to that grungier neighbourhood—only to return to Ano Petralona a couple of years ago. This time her restaurant is smaller and less ambitious, but she still offers a decent alternative to most commonplace tavernas nearby, with her gentle manners and light touch. Her best sellers include an elegant rendering of the chicken souvlaki, fava with capers and sun-dried tomato, and homemade cheesecake with honey.

This self-proclaimed 'punk bistro' serves food as creative (if slightly over-complicated) as the term suggests. (The restaurant’s name literally translates as “The Holy Billy Goat”, borrowed from a poem by Yiannis Skarimbas.) If all that sounds a little too hip, bear in mind that the establishment is well priced and the innovative menu is short and changes regularly. A little stuffy in the summer, it is a nice option for a date on a winter night, with a glass of wine by an independent Greek producer at the bar, and some 'punk’d' dishes (like organic chicken with banana, chestnut and sage or custard with sharp Naxos cheese, caramel and almonds) to share.

This content was originally published on This is Athens

Whether you’ve just arrived in town – or have been here for years – Athens always has new secrets to share! This is Athens is the official guide to this captivating city of ancient energies and booming urban culture. Compiled by a team of specialist local writers, This is Athens brings you an authentic and intimate portrait of a living Athens beyond the guidebooks – along with daily curated listings of all the best events and great weekend inspiration all-year round. From must-know neighbourhoods and emerging art hubs, to gourmet hotspots, cool shopping and the buzziest bars, This is Athens will help you to get the most out of living in Athens!