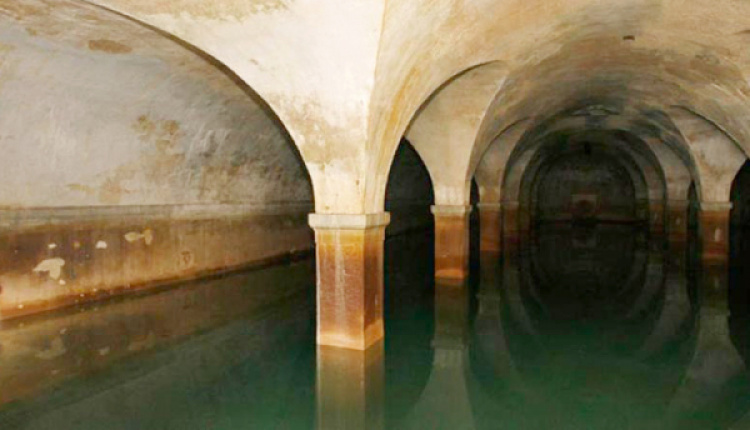 One of the most extraordinary engineering achievements of Roman Athens lies below a modern open-air cinema right in the center of the city. In the warm summer nights, Athenian cinephiles gather to watch their favorite films, atop a nearly 2,000-year-old reservoir.

Due to Athens' growing water needs, Emperor Hadrian ordered a project to increase the city's water supply. An aqueduct starting at the foot of Mount Parnitha and extending more than 20 kilometers to a reservoir at the base of Mount Lycabettus was constructed in 125 CE. At the time it was completed in 140 CE, the aqueduct was Athens' most significant infrastructure project to date.

Hadrian's reservoir is located at the western foot of Mount Lycabettus, and its pipes covered the water needs of the area's residents for over 1,000 years. The tank was abandoned during the Ottoman rule, causing most residents to become reliant on wells. Restoration works began in 1847, though it stopped to be Athens' primary water source in 1929 when the Marathon Dam was constructed.

Today, only a small amount of water still makes it to the reservoir, only parts of the steps and 2 column bases remain at the site. A surviving segment of its architrave can be seen in the National Gardens near the Children's Library.

The reservoir is located in Dexameni (Reservoir) Square in Kolonaki, right below the homonymous cinema. Even though access inside the reservoir is not allowed, the large viewing portals on the western walls offer great views of its interior.

Every year on Epiphany (January 6), the reservoir opens for the ritual of the Great Blessing Of The Waters, where a priest immerses a cross in the water and then sprinkles the congregation with holy water.