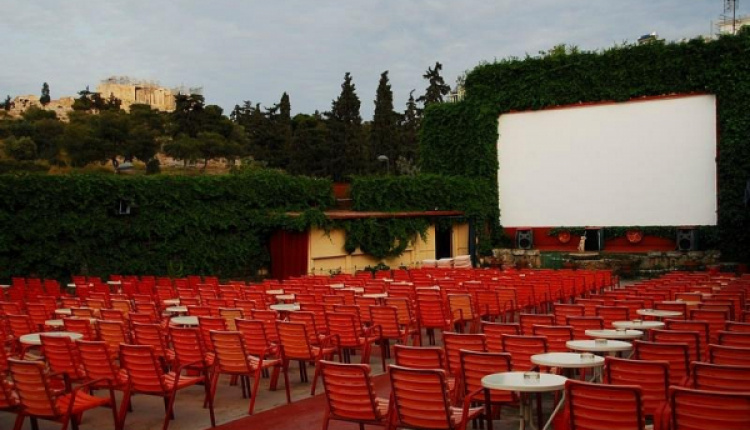 Nothing defines Greek summer as much as open-air cinemas do; in fact, almost every Athenian neighborhood has an outdoor cinema or 'therinos' as they are called in Greek.

Some summer cinemas in Athens offer extraordinary views of the Acropolis; others are surrounded by fragrant gardens that fill the air with the sweet the scent of jasmine and orange blossoms while others are right next to the sea.

The decades-old tradition of open-air cinemas is still alive and kicking, in fact, there are more than 60 outdoor cinemas in the Attica region alone. Open-air cinemas are a great summer outing for the young and old alike; there you'll sip on an ice-cold beer, enjoy an ice-cream or snack and smoke a cigarette without being told off.

The outdoor cinemas in Athens open in May or June and stay open until September.

Established in the 1920's, Cine Paris is one of the oldest open-air cinemas in Athens.
Why We Like It: For its outstanding Acropolis views and excellent movie poster shop.

This historic cinema was established in 1935, and has been in operation ever since. Much like Cine Paris it offers excellent views of the Acropolis.
Why We Like It: For homemade snacks and carefully selected drinks that are served at the bar.
Address: 7 Apostolou Pavlou, Thission
Telephone: 210 34 20 864

A favorite among locals, this cinema is located in the upscale area of Kolonaki and has been in operation for many years.
Why We Like It: Because after the screening you can enjoy a nightcap in one of the area's high-end bars.

Located inside the historic Zappion Garden, Aegli is the oldest summer cinema in Athens has been in operation since 1903.
Why We Like It: For its old world charm, verdant garden and delicious snacks.