The 10 Oldest Houses In Athens 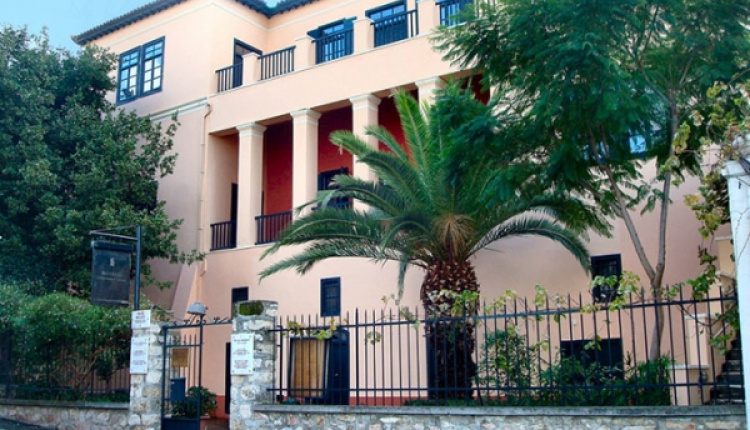 The oldest houses in the city of Athens date back to the 17th century and tell us wonderful stories with great protagonists.

Do you know when the oldest house of modern Athens was built and who lived there? Have you heard about the person who designed half of Athens' neoclassical buildings? Do you know where he lived? The answers that follow may surprise you!

1. The Benizelos Mansion
The oldest surviving house of Athens is located in Plaka, 96 Adrianou Street, and belonged to the aristocratic family of the Athenian archon Angelos Benizelos - whose daughter would later become known as St. Filothei. The house dates back to the 16th century, but most of what we see today is from the late 17th and early 18th century. A characteristic example of it’s Ottoman architecture, with loggia, patio and well, the house has been restored in recent years and has become a museum. 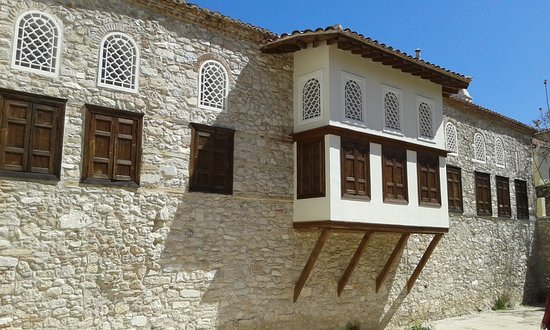 2. The  Logothetis Mansion
Located in Plaka at 14B Areos Street and built in the 17th century, the Logothetis mansion only has the gate, the fountain and a small section of the yard in tact. It was the villa of the British consul Logothetis and his family that hosted Thomas Elgin when he visited Athens. Before the Parthenon Sculptures where sent to Britain, they spent their last nights in this mansion. 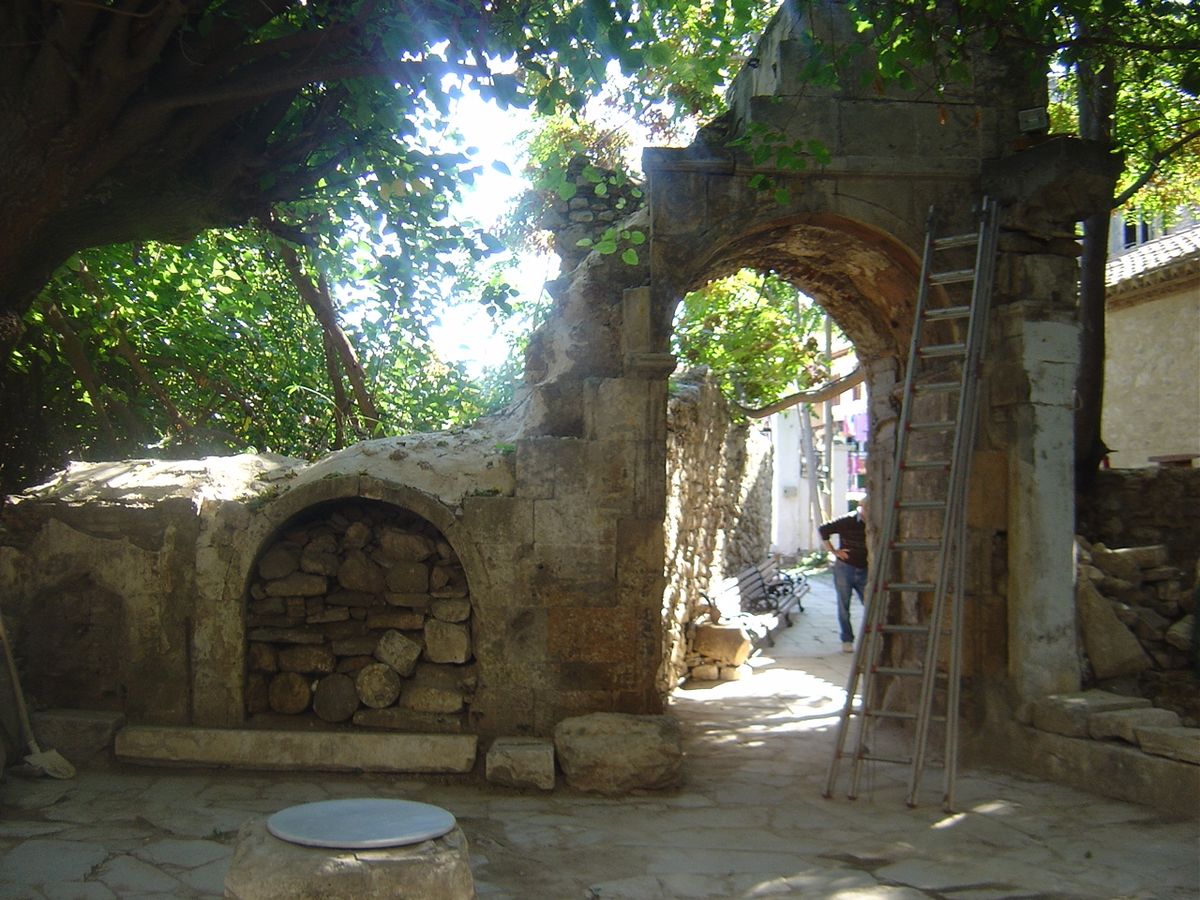 3. The George Church Tower
On the corner of School Street and Epicharmou, this three-storey tower with fortification that distinguishes it from all the buildings of Plaka is one of the few Ottoman buildings that survived to this day. Built in the 18th century, it was used as a post by the Ottomans before being sold to a Scottish historian and philhellene George Finley in 1835. Here stayed Finley’s comrade, Richard Church, Irish General, which gave the building the name "Tower of Church". With another name, 'House Dialisma,' the historic house became famous again in 1928, as a matter of the famous Tsarouchis painting. 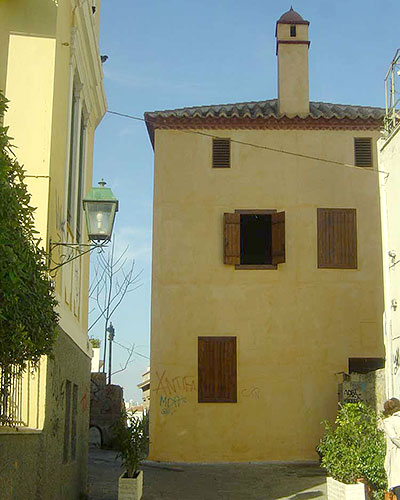 4. The Residence of Ernst Ziller
You have probably walked passed it countless times without giving it a second look. The impressive neoclassical located at 22 Mavromichali street was designed for himself in 1882-85. It stands out for both it’s two clay Herms, which Ziller designed, and the decorated openings of the upper floor. The building was partially destroyed by a fire in 1977 (when it belonged to the National Opera and was used as a dressing room) and later plundered by burglars, who were arrested. It is currently being renovated slowly but steadily, to become an annex to the Byzantine and Christian Museum. 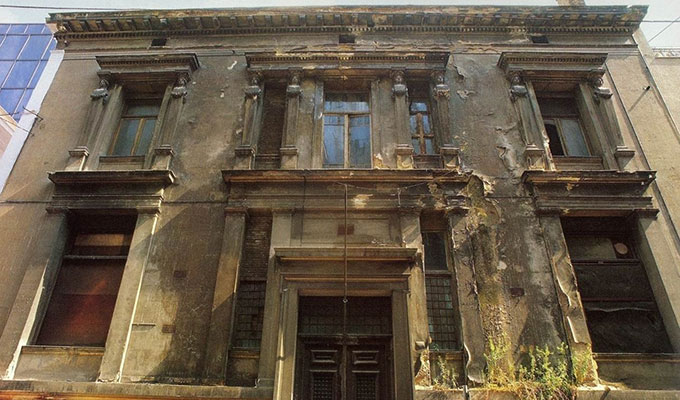 5. Kleanthis-Schaubert Residence
Also known as the Old University, the amazing building that now houses the Museum of History of the University of Athens on Tholos Street in Plaka was once the home of the architects Stamatis Kleanthis and Edward Schaubert. The two architects who built the first city plan of the newly formed capital of the Greek state restored the home "from the Ottoman ruins" in 1831 and stayed there until 1837. The previous history of the house is not known -the only thing we know is that the two bought the dilapidated building from the Turkish Sante Khanum, while the prevailing view regarding it’s date is the 17th century, perhaps even earlier. Kleanthis and Schaubert rented the house to the Greek government in 1837 to house the first Greek university, who worked there until 1842. 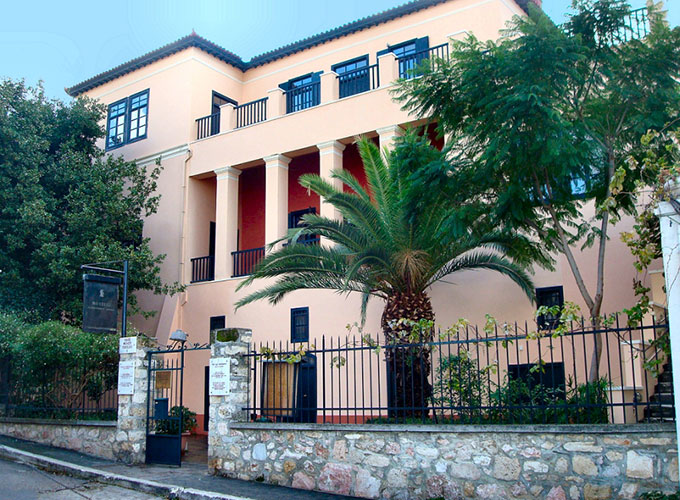 The beautiful three-storey neoclassical house on the corner of Amalia and Xenofontos now houses the offices of the European Parliament in Greece. It was built in 1870 with plans by Theofilos Hansen, architect of the Academy and the Library. It originally belonged to Kyriakoulis Mavromichalis,  grandson of the eponymous hero of the Revolution and Prime Minister of Greece in 1909-1910. It housed the Russian Embassy in 1876-79 and it was here that the ambassador Savourof organized legendary balls, which exceeded luxury like no other in the city. The gossip of the time was that Savourof cost as much as all the Ambassadors together. The Russian Ambassador had four carriages and many horses and dogs in the garden of the Palace, which he donated to the Athenians when he left to take up his new duties in Berlin.

7. Anton Prokesch Von Osten Mansion
Located on Feidiou Street is the residence of the Austrian ambassador, which Hans Christian Andersen in 1841 describes as isolated at the edge of town overlooking the wide desert and high mountains. It was one of the first mansions that was built in Athens in the period 1836-1837. Later he housed the Greek Conservatory of Manolis Kalomiri. Today it belongs to the Ministry of Culture, abandoned and collapsing day by day. 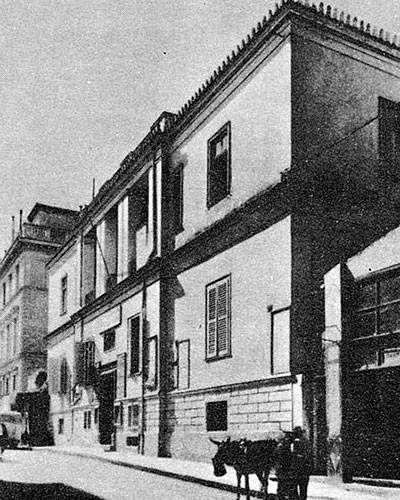 8. Ilision Mansion
The complex currently houses the Byzantine and Christian Museum (Sofias 22) and was designed by Stamatis Kleanthis. It was  constructed in the period 1840-1848 out of the city near the banks of the river Ilissos. It was the residence of the aristocrat Sophia de Barmoua Lempren, also known as Duchess of Plakentias.
9. Stathatos Mansion
On the corner of Vasilissis Sofias and Herodotus, the current Museum of Cycladic Art is one of the finest buildings in the city. It was designed by Ernst Ziller and built in 1895 as a residence and headquarters of Ithaca’s shipowner and merchant carbon Otto Stathatos. It was donated by the descendants of the Greek government and subsequently housed the Bulgarian embassy, officers club of Britain (which they dictated in 1945), the Canadian embassy in 1970, and the embassy of Libya. In 1982 it was bought by the Public Real Estate Corporation and in 1991, it was donated to the Goulandris Foundation to house the new wing of the Museum of Cycladic Art. 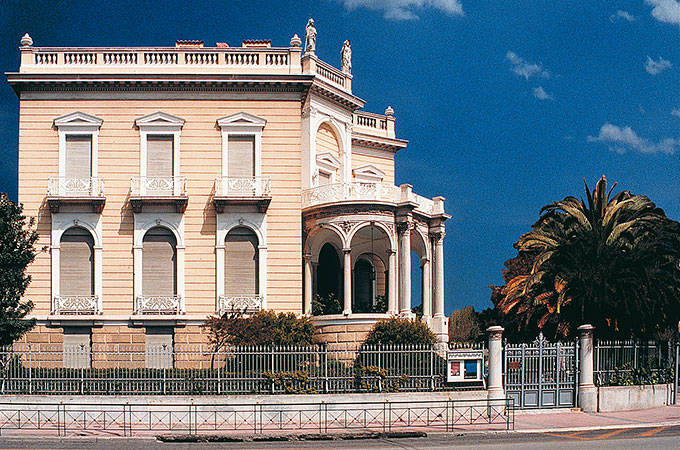 10. Dekozis-Vouros Residence
The beautiful building on Paparrigopoulou street now houses the Museum of the City of Athens and the café of the Black Duck. It was one of the first houses which was built in liberated Athens in 1833. It was designed by German architects G. Luders and J. Hoffer and it’s one of the first examples of austere classicism in Greece. The house belonged to Chian banker Stamatis Dekozis Vouros (1792-1881) and hosted Otto and Amalia from 1837 until 1843, expecting to complete their palaces -the current parliament. 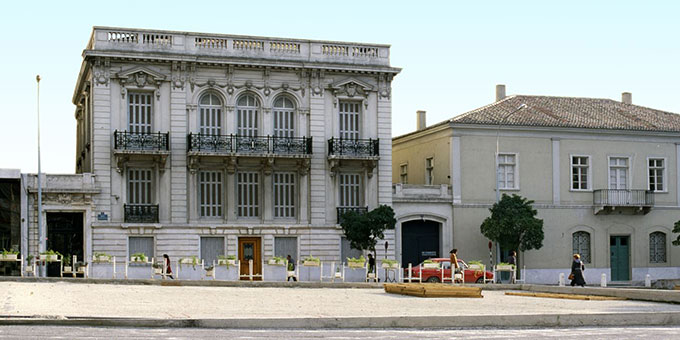 Originally posted in Greek on In2Life
Translated by Codico Lab