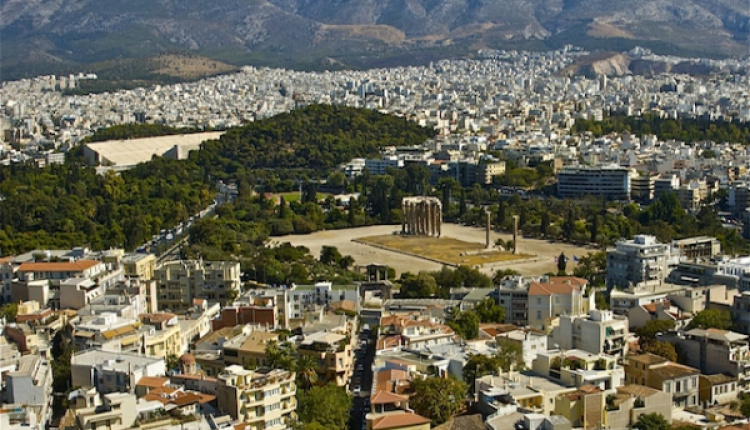 There are many reasons why Athens is such a great city to visit. Here are 10 reasons why everyone should visit Athens at least once!

1 – It’s full of monuments of the famous ancient Greek civilization.
The Greek civilization is one of the oldest and biggest in Europe, stretching back more than 3000 years. Here you can find dozens of monuments from the distant pant. Of course the most recognized is Acropolis. A hill in the centre of city, with ancient temples and buildings. The biggest and most important is the Parthenon, which is dedicated to the goddess Athena. But it’s not only Acropolis. Across the city there are temples, libraries, bridges and a lot of other monuments. And of course there are two museums that you can’t miss : the Archaeological museum and the museum of Acropolis, one of the most astonishing in the world.

2 – Democracy was born here.
Democracy is the most common form of government nowadays. Did you know that it first appeared in the city of Athens, around 500 B.C. ? It comes from the greek words “demos” (that means people) and “cratos” (that means power). The Athenian Democracy was the most direct form of it, as the institutions of the city were consisted of the citizens, and the decisions were made by them for them. Today you can take a walk to the hill of Pnika or to the area of the Ancient Market, places where people used to meet back then to discuss about the important public issues and make the decisions.

3 – Theatre started in Athens.
The first theatrical plays were written in Ancient Athens, and were part of the festivals that honoured the god Dionysus. There were three types of plays: tragedies, comedies and satyr. The actors wore always masks and unlike today, back then they were only men. The most famous tragic writers were Sophocles, Euripides and Aeschylus, and Aristofanes on comedy. Near Acropolis you can find the ruins of the theatre of Dionysus, the biggest in the city on its Golden Era. If you are lucky, you can also watch a play on the Roman theatre of Irodis and feel like taking part in these ancient festivals.

4 – Just three words. Modern Olympic Games.
Of course most of you know that Olympic Games started in Ancient Greece. But the first modern ones were held also in Athens, in 1896. Pierre de Coubertin was the one who had the idea and in the spring of that year, around 250 athletes from 14 countries took part in the Games. The opening ceremony was a huge success, with 80000 spectators coming to the Panathenian Stadium. Today, it’s the finishing point of the Athens Classic Marathon. 108 years later, Athens was again the hosting city. This time there were more stadia and thousands of athletes from 202 countries. For 20 days, it was the centre of the world in one of the most important moments of our modern history.

5 – Want to have fun? You are in the right place.
Athens is the perfect destination for those who seek fun. 24/7, you can always find something to do. Are you a coffee, tea or chocolate lover? There are many places where you can have a drink. Especially near Monastiraki, Plaka or Thisio, with an excellent view of Acropolis. But Athens is also known for its nightlife. Here the people go out every day from dusk till dawn. If you are an alternative person or want something more quiet, you can drink a beer or your favourite alcohol in one of the many bars & pubs across the town. Or just enjoy some wine listening to traditional Greek music. And if you fancy dancing till you drop, go to a night club or one of those bars with their super parties. So you can see how hard can the Greeks party.

6 – Sea, sea and sea again.
We are so lucky to be less than an hour away from the sea here in Athens. Many of us can even see it from our terraces. On the hot days of summer, we have the chance to go to one of the many beaches around the city. Of course Greek islands are a lot better than this, but if you can’t visit them, don’t worry. There are plenty of beautiful coasts around Athens where you will have the feeling that you are miles away from a metropolis. And all of them are easily accessible by bus or the tram.