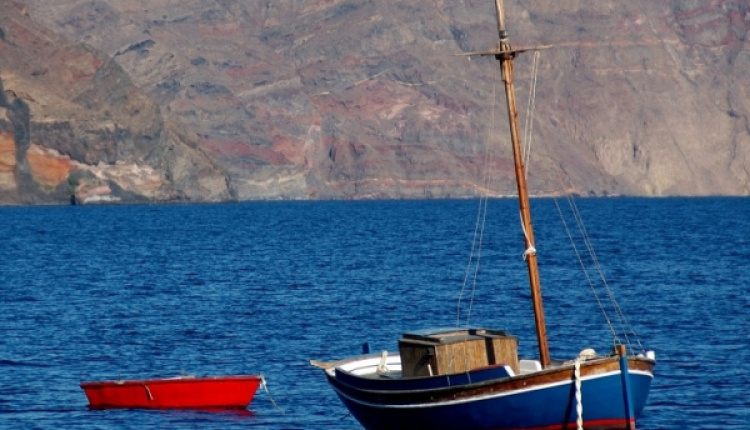 Have you seen all the main sites in Athens and are looking to explore more a bit further out? Here are our favourite picks from our friend Matt Barrett's recommendations. All of the destinations can be reached in an hour or less from central Athens.

One of my favorite places is Rafina on the other side of Mount Pendeli and Himitos. It's like driving to an island. Every year I visit Athens, whether it is summer or winter, I make a point to spend one afternoon in Rafina. If I can't get my family or friends to come I go alone. But it's almost like a pilgrimage for me. There are numerous restaurants that specialize in fried squid (kalamarakia), small fried fish(mareedes), shark with garlic sauce (galeos me skordaya) and other things from the sea. The most popular one is Agoni Grammi, the last one on the dock or the first one you come to when you get off the ferry. If you love fried fish, beer, ouzo, wine and afternoons where you can drink and relax and not worry about tonight or tomorrow, spend an afternoon in Rafina.

There are ferries going to the Cyclades and Evia, going in and out of the harbor and lots of fishing boats. It's just like being on an island. There is a long beach there that is usually only crowded on Sunday. The town itself has a few too many apartment buildings for my taste but the waterfront is nice. There is nothing like spending the day with some close friends, some fried fish and several bottles of ouzo. For more on Rafina, please click HERE.


Temple of Poseidon at Cape Sounion

The temple at Cape Sounion was the first and last sign of 'civilization' Athenian sailors would see to and from their journeys. It's a magnificent site on top of a hill on the tip of the Attika peninsula. Not a bad place to watch the sunset either after a late lunch at a beach side taverna and there are two pretty good ones right below the temple. The small beach has sea almost as clean as you will find on the islands. Its one of the nicest beaches within striking distance of Athens. For more on Cape Sounion, please click HERE.

Lavrion which is the closest town to Sounion, has a lively waterfront and town center full of restaurants, ouzeries, cafe-bars and a very nice fish market. In fact you should stop and see the Lavrion mineral museum as well as the ancient site of Lavrion which has one of the best ancient ampitheaters. If it were not for the silver mines of Lavrion the ancient Greeks would not have defeated the Persians in the battle of Salamis since that was how they were able to build their fleet. For more on Lavrion, please click HERE.

Everyone has heard the story of the Persian defeat at Marathon at the hands of the Athenians. Imagine marching several thousand miles only to be wiped out 27 miles from the city you came to conquer by an army a fraction of your size. Marathon is an interesting place to visit. There is not much to see of the battlefield really. There is a burial mound in an olive grove and a plaque that commemorates the great victory and a nice statue. You are not supposed to climb up the mound but from the looks of the worn footpath many people do, including me. There is also the place where the race begins. The beach at Marathon is pretty nice and nearby Schinias is even better. But the most amazing thing about Marathon is the marble dam that holds the water that supplies Athens. It is the only marble dam in the world and it is quite spectacular. For more on Marathon, please click HERE.

Schinias is the most beautiful beach in Attika. It is one of the few beaches that has a pine forest that comes right down to the sea and there are several fish tavernas which run on diesel generators since there is no electricity there. The sea is shallow, generally clean, and if you come in the off-season which means anytime but August and weekends in July, you may be surprised at how few people are here. Because it is shallow you don't need more than a few days of sunshine for it to be warm enough to swim and this is usually the first and last place I swim every year. For more on Schinias, please click HERE.

Besides being somewhere to go for the day, Vouliagmeni is close enough to Athens so that you can stay on the beach and still get into the city to see the sites. Astir beach at Vouliagmeni is one of the nicest beaches near the city and it is one of the few beaches in the world that has the ruins of a temple, to Apollo, the Sun God, of course. You have to pay to get into the beach but once you get in there are umbrellas, cabanas to change, beach chairs and a bar and snack bar.  For more on Vouliagmeni, please click HERE.

Porto Germanos is the best place to swim in Attika. The sea is postcard blue in color and the beach and town sit at the end of a large bay that faces west, with pine covered mountains on three sides. There is a modern looking town with houses and small apartment buildings, like condos, but the impression, at least in early May, is of a small coastal village somewhere more remote than Attika. If you have a free day and want to swim in the kind of sea you usually find in the Sporades, its worth the trip. But the most impressive part of Porto Germanos is the fortress and ruins of ancient Egosthena. The 4th Century BC fortress itself is the most impressive in Greece from that period with much of the walls and the towers still intact. For more on Porto Germenos, please click HERE.