What Would Happen If We Reacted To Climate Change Like We Have to Covid-19? 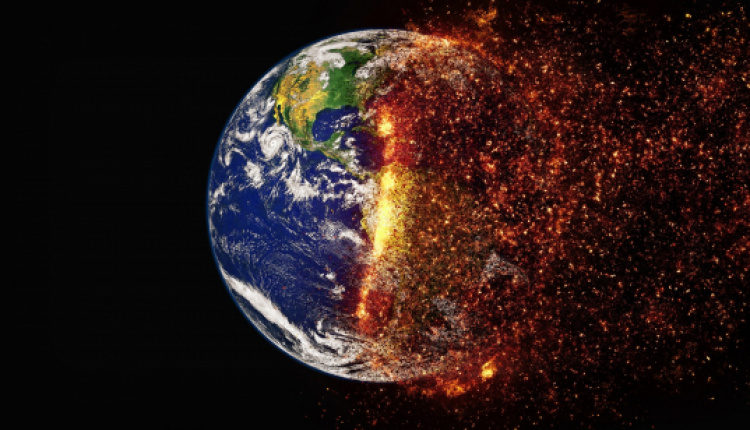 In the past few weeks, governments around the world have enacted dramatic measures to mitigate the threat of COVID-19, that have significantly transformed every aspect of our everyday lives.

The changes have been sudden, driven by widespread recognition that it’s a public health emergency. It's too soon to know whether these measures will prove to be effective but what is absolutely clear is that the pandemic response is in stark contrast to the lack of effective action on climate change. What would it look like if the world responded to the climate crisis with a similar sense of urgency?

“We’ve seen that governments can act, and people can change their behavior, in a very short amount of time,” says May Boeve, executive director of the climate advocacy group 350.org. “And that’s exactly what the climate movement has been asking governments and people to do for years in the face of a different kind of threat—the climate crisis—and we don’t see commensurate action. On the one hand, it shows that it’s possible to do this, and it’s possible for this kind of mobilization of resources to take place in a short amount of time. In that sense, that’s encouraging. But we were never in doubt of that aspect.”

The similarities between the two cases are indisputable, so, why do the responses to COVID-19 and climate change differ so dramatically? They both require making difficult decisions to avert future disasters and the scientific community is offering clear warnings about what to do. Also, public health is jeopardized in both cases. In fact, climate change has the potential to end up killing more people than COVID-19 in the long run. Climate change is responsible for the increased frequency of natural disasters, such as extreme heat-waves that have killed many people, not to mention that the same pollutants that contribute to climate change also cause air pollution that kills millions each year. Due to climate change, food and water shortages are worsened and mosquito-borne diseases are more likely to spread as mosquitoes move into new regions. And as with coronavirus, climate change affects the most vulnerable first.

If the world was responding to climate change like it’s responding to the coronavirus things would be entirely different. Governments would come up with the funds to build the infrastructure needed to fully roll out renewable energy. In cities, development rules would change to require low-carbon construction, while farms would shift to regenerative agriculture. Just as the airline industry is struggling because of the coronavirus, some industries like the coal and gas industry would see real impacts so we would have to think of ways to support the workers from those industries.

Just like with the coronavirus, a lot of things would have to happen quickly and simultaneously. Right now, governments are acting on the advice of health professionals, people are showing trust in the public health community, accepting the fact that a number of measures need to be put in place and policymakers are acting. The level of response gives us hope that a strong climate change policy can eventually be achieved. After all, the policies exist; they've been drafted and waiting to be enacted. In fact, the policy changes required to mitigate climate change appear far less disruptive both economically and socially than the measures to tackle COVID-19.

To read this article in full please visit fastcompany.com