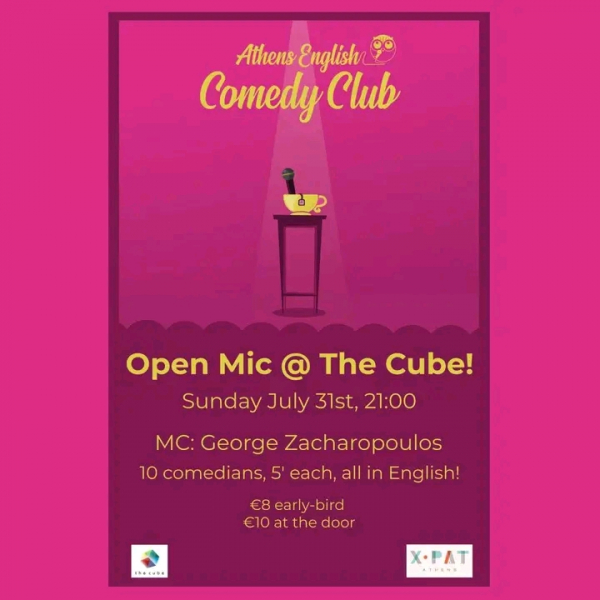 The Athens English Comedy Club teams up with The Cube and invites you to an open mic night with a view of the Acropolis!

Join us on Sunday June 19th on the rooftop of The Cube, for an open mic night under the stars!

Founded in 2019, the Athens English Comedy Club is the first, and only, purely English comedy club in Greece, bringing you local and international comedians, right in the heart of Athens.
The Cube is a co-working, startup cluster space in the heart of the city, hosting the best of Athens innovators in the technology & making space.


The venue is unfortunately not wheelchair accessible currently, but we are working on it.
Come and laugh! Nay! Come and chortle. Or better yet, guffaw!