National Theatre Of Greece: The Lady From Maxim's (With Supertitles In English) 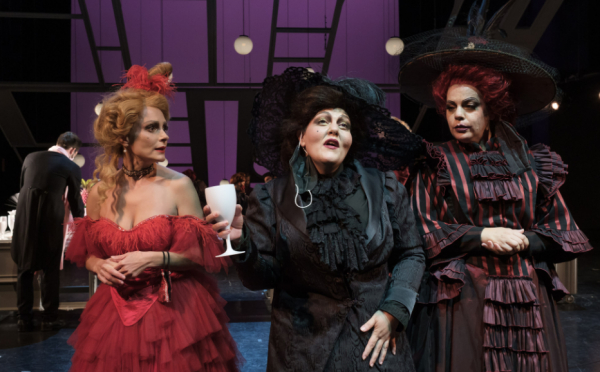 Feydeau’s farces, characterized by ingenious staging devices, inspired satire and a frenzy of anxiety combined with outrageous coincidence, lead with mathematical precision to an explosion that is constantly forestalled. Georges Feydeau, an heir to Moliere who rejuvenated French vaudeville theatre, was an acute observer of the manners and mores of his time and a sardonic commentator on society’s ills. The lady from Maxim’s, written in 1899, was such a success that it allowed Feydeau to take some time off from the theatre and devote himself to his other passion, painting.

A strait-laced doctor, Petypon, wakes up at home after being dragged out to paint the town red by his young friend Montgicourt. He remembers nothing of the night before but discovers a young dancer from Maxim’s in his bed. In an instant, his life is turned upside down. However, his new acquaintance refuses to leave his house, even when his extremely religious wife shows up. What ensues is absolute panic…