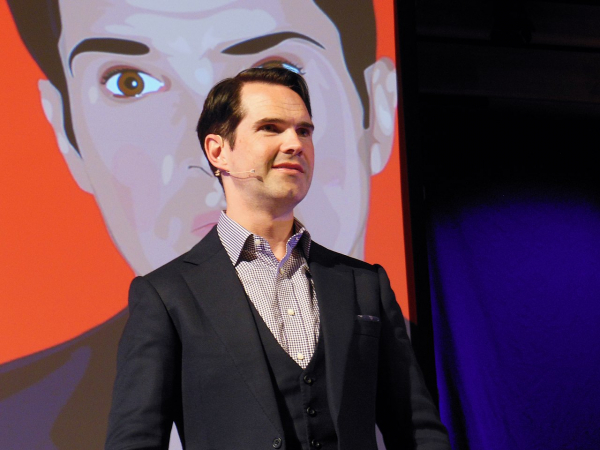 Top comedian Jimmy Carr, among the most-respected, well-loved, biggest selling live acts in the world and prolific joke-tellers of recent times, is coming to Athens with his biggest tour yet on Tuesday 22 September 2020 at Alsos Theater.

Jimmy Carr has been a comedian for over a decade and a half. He’s performed 10 sell-out tours, playing over 2,500 shows to more than 2 and a half million people. Known for his deadpan delivery and disregard for political correctness, Jimmy Carr has become one of the most successful and prominent stand-up comedians in the UK.

He’s won the British Comedy Award for “Best Live Stand-Up Tour”, been nominated for the Perrier Award and in 2016 became the first UK comedian to record a special for US streaming on Netflix.

His television credits include 20 series as host of panel show “8 Out Of 10 Cats”, 16 series of spin-off “8 Out Of 10 Cats Does Countdown” and 10 years presenting Channel 4’s “Big Fat Quiz Of The Year”. He has also hosted three series of “Roast Battle” on Comedy Central UK.

A household name in the UK, Jimmy is also a rising star in the US, where his profile continues to grow. Jimmy has performed two Comedy Central Specials, has performed stand-up on “The Tonight Show” five times (with both Jimmy Fallon and Jay Leno), and has also appeared on NBC’s “Late Night with Conan O’Brien” five times. He recently recorded his own Netflix panel show, entitled “The Fix”.