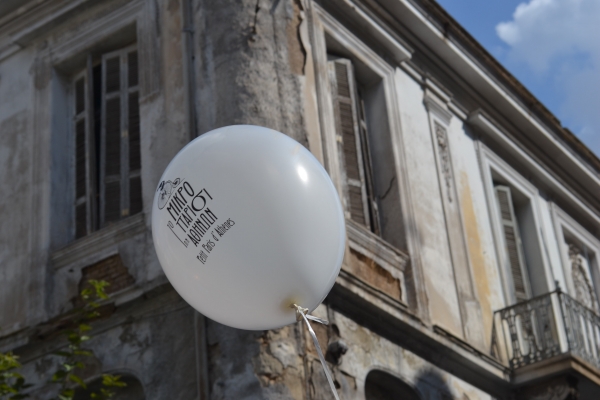 Petit Paris is back for another year and will be running from October 4th to October 14th neighborhoods  of central Athens likeOmonoia square, Larissa Station and Peloponnisos Station, Metaxourgeio, St Paul square and Victoria square.

These are the neighborhoods where many streets are named in French and have served as cultural meeting points between the cosmopolitan and folk culture of Athens with foreign traditions of refugees, travelers and visitors.

A ten-day parade of art and culture in the city center of Athens, with more than 500 artists, creators and thinkers participating, coming from in and out of Greece. Events are being performed in places that combine Athens urban culture and Greek folk tradition, with foreign influence, coming to us by immigrants, travelers and visitors, such as streets, squares, parks, conservatoires, galleries, music bistro, schools, historic buildings, hotels and other alternative places inside the area surrounded by the Omonoia square, Larissa station, Peloponisos station, Metaksourgio, Agios Pavlos church and Viktoria square, in which many streets have French names.

Click HERE to view the festival's full schedule!
This festival is helping one of the most underrated areas of Athens get filled with culture and art, and is helping young artists to shine. It is co-hosted by Athens Art Network, the Organization of Culture, Sports and Youth of the City of Athens and the Region of Athens. It is under the aid of the Ministry of the Culture and Sports and has the support of the Ambassade de France en Grèce and the Institut Français d'Athènes.

How the mass revolution of the French May in 1968, without any racial, cultural, ageism or social discriminations affected and is still affecting society and art worldwide?

Art, engaged or not, marked the revolution of May 1968 and still is a movement of timeless value.

This year’s theme is inspired from this historic revolution and the values, the central and side actions of the social battles through the ages.