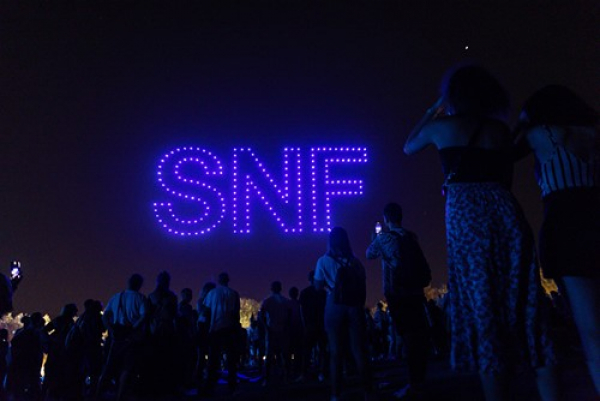 This year, once again, the SNF Nostos stage on the Great Lawn will host acclaimed Greek and international artists. On the evening of Thursday, June 23, we will dance, sing, and celebrate to reggae, ska, and Latin music during a one-of-a-kind concert by Locomondo.

Then, on Friday, June 24, the SNF Nostos will host a dynamic musical lineup. Greek phenom and hometown favorite Good Job Nicky will kick off the evening with his soulful yet sparky signature sound. Australian rapper Masked Wolf, best known for his song “Astronaut in the Ocean,” will follow up with a stratospheric ride from emotional depths to hip hop heights. Grammy nominee Jorja Smith, who from an early musical beginning in England has bewitched fans around the world with her confident and compelling voice, closes out the lineup.

Both evenings, following the live concerts, DJ sets in the Agora by well-known producers will complete the musical experience, and on the second night the sets will be accompanied by impressive laser projections on the iconic SNFCC building.

The nights of SNF Nostos will once again light up with a spectacular drone show, kicking off on the eve of the festival’s opening. As it did last year with the first ever show of its kind in Greece, the captivating display will illuminate the sky above the SNFCC.