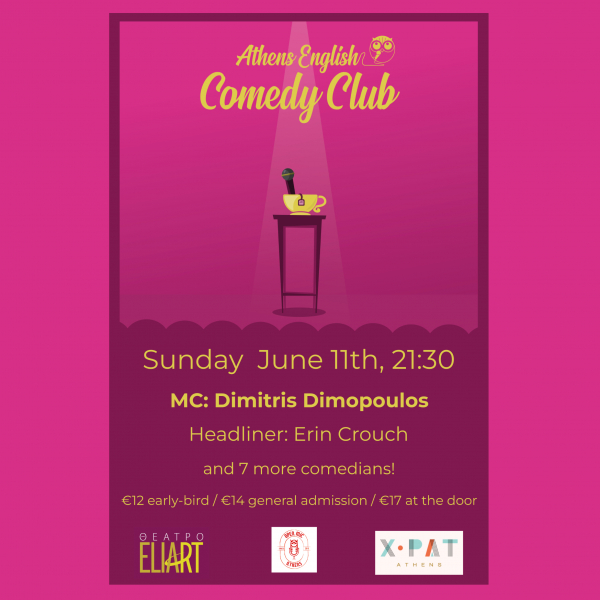 It'll be a mix of everything. A potluck of comedy. ​Colourful, comedic, chaos.

Mike Sheer is a Canadian, London based, comedian, actor, and script coach, with over a decade of experience internationally, including appearances in Melbourne, Stockholm, Budapest, Belgrade, Bahrain, Muskoka, Manchester, and Manhattan.
Mike is the presenter & co-founder of EFN Short FIlm Festival - an annual week-long series of events showcasing top quality international short films and Q & As with their creators.


​If you are a cult-o-phile (our word, not his), you may also recognise him from his appearance in Harold & Kumar Get The Munchies.

Founded in 2019, the Athens English Comedy Club is the first, and only, purely English comedy club in Greece - bringing you local and international comedians, right in the heart of Athens

Is the Athens comedy scene “all Greek” to you? Are you on the lookout for English language events which do not require you to read surtitles? Do you want to try your hand at stand up in English? We are here for YOU!

Come and laugh! Nay! Come and chortle. Or better yet, guffaw!