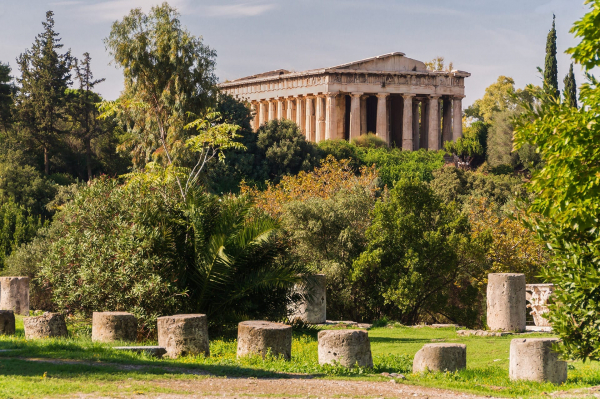 Here philosophy was exercised and taught in the free public space amongst equal citizens. Both philosophy and democracy openly questioned traditional norms and ideals in theory and in practice; through oration and dialogue, the urban landscape forged the Athenian way of life. Philosophy was initially taught and practiced in the ancient Agora but also, eventually, Schools were founded in the outskirts of the city.

Nowadays, the traces of that ancient city are still visible in modern Athens, and invite our imagination to a venture through history and theory that combines a visit at the physical spaces where the greatest philosophers taught with a seminar about the theoretical concepts they invented.

«The emergence of ancient Greek philosophy in the free public space of the city»
July 28 l 18.30 – 20.30
Ancient Greek & Roman Agora in Athens