A Guide To Public Transport In Athens 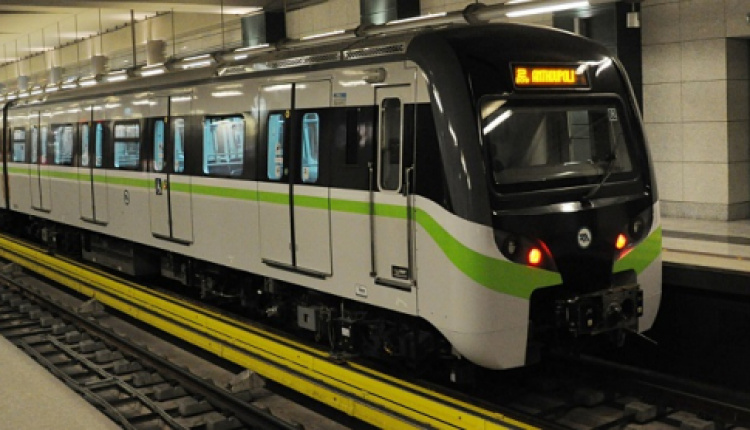 With the Attica basin transformed into a bustling urban landscape with a population of nearly 4 million, the modern public transport system can only barely keep up with the daily comings and goings. As a visitor to the city, the options may seem plenty – yet confusing.

While we’re all for renting a car and seeing as much of Greece as possible on winding road trips, the city of Athens is a place where you may want to avoid driving if you can. And you can. While it can be overwhelming looking at the long lists of stations and stops with names that are difficult to pronounce, getting around in the Greek capital isn’t as hard as it may first seem.

There are five main means of mass transit in the Athens urban area: metro/electric rail, city buses, electric trolley buses, tram, and the suburban railway. All except for the suburban railway (run by TrainOSE) are run by the public Athens Mass Transit System (OASA S.A.), and their “universal” tickets can be used on any transportation type, including the urban part of the suburban railway; you can therefore combine train, bus and tram to get to your destination using only one ticket.

From the Athens International Airport “Eleftherios Venizelos”, which is located about 20 kilometers east of central Athens, you can travel by express bus or metro.

You can also get to and from the airport via metro line 3. The trains run every 30 minutes, from 06:32 in the morning until 23:32 in the evening, and the tickets can be used on other public transport in order to switch trains, busses and trams to get almost anywhere you might want to go in Athens. A ticket to and from the airport on Metro Line 3 is €9, or €4.50 for those eligible for discounted tickets. You can also purchase a return ticket for €16, which is can be used again for your trip back one time within 30 days.

Getting Around Town – Tickets

The most affordable ticket for the public transport system is the 90-Minute Single Ticket. It costs €1.20, or €0.50 for those eligible for discounted tickets. The Daily Ticket (€4.10) can be used for 24 hours in the city – perfect for travelers spending a day in Athens and wanting to see as much as possible. For those staying longer, the 5-Day Ticket (€8.20) is like the 90-Minute Single Ticket, but is valid for 5×24 hours from its first validation.

The ultimate ticket for a long weekend is the 3-Day Tourist Ticket which costs €20. It is valid for 3×24 hours and gives you unlimited access to buses, trolley-buses, trams, metro lines 1, 2, and 3 (to Koropi Station), the Suburban Railway (the route part including Magoula – Piraeus – Koropi, and to and from the airport once), and for the (sightseeing-adjusted) X80 bus line.

The metro is perhaps the easiest way to travel around town. It connects important landmarks, museums, commercial centers, suburbs, and the Athens International Airport, with the first trains departing from the terminal stations between 05:00-05:30, and the last 00:30-01:14, depending on line and date.

The current metro system consists of three lines. Line 1, the green line, known as the ISAP electric railway, runs southwest to northeast from the port of Piraeus to Kifissia, via the Athens city center. Line 2, the red line, runs north to south from Anthoupoli to the old Athens airport at Elliniko, which is currently the subject of the country’s biggest urban redevelopment plan. Line 3, the blue line, running west to east from Nikea through Halandri, and then continuing south to the Athens International Airport, is currently being extended. Three new stations were added to this line in 2020, and the plan is for it to eventually reach the port of Piraeus.

More than a thousand buses circulate on the streets of Athens and looking at lists of routes and names of buses on signposts when in a hurry somewhere is likely to confuse a visitor more than anything. However, the bus and trolley-bus network is the most extensive, servicing many areas of the city where the metro doesn’t reach, such as residential neighborhoods and the Athens Riviera.

On the OASA Telematics website and app (available for iOS and Android – see here), you can find the timetables for all of the city’s bus and trolley-bus routes. In addition, if you know the name of a bus stop near you (you can find these via Google maps), you can also find a list of all buses that stop there, as well as a dependable real-time map and countdown for the buses that will be at the stop soon.