Behind The Scenes Of The Greek Presidential 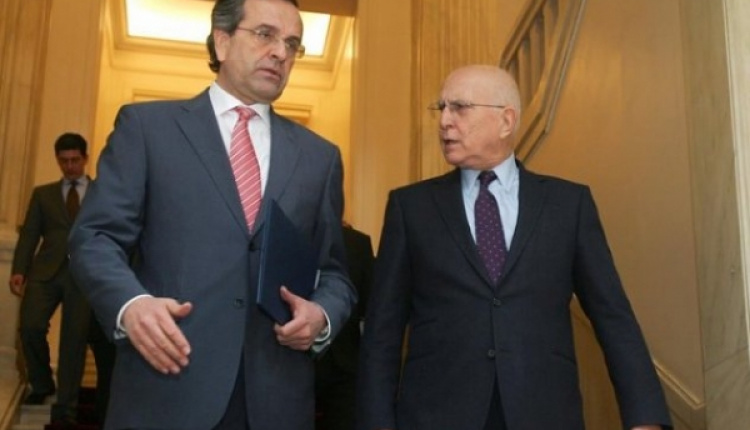 A total of 160 positive and 135 negative votes managed to attract the nomination of Stavros Dimas in the first open vote for the Presidency of the Hellenic Republic held at 7:30 pm in the Greek Parliament. According to article 32 of the Greek Constitution, during the first and second ballots of the Presidential Election, a total of 200 votes are needed in order to successfully elect a new President.

Amongst those who voted negative, apart from the opposition parties’ parliamentary groups (SYRIZA, ANEL, KKE, DIMAR and Golden Dawn) were independent MPs Byron Polidoras, Vassilis Kapernaros, Petros Tatsopoulos, Mimis Androulakis, Niki Founta, Vassilis Oikonomou, Chrysoula Giatagana, Panagiotis Melas, Rachel Makri, Theodoros Parastratidis, Markos Bolaris, Theodora Tzakri and Giannis Kourakos, some of whom were expected to vote in favor of Dimas. Emerging from the Parliament after the procedure’s completion, Melas underlined that on the remaining two ballots, he might change his vote and vote “Yes.”

Absent on the first ballot was ANEL’s Kostas Giovanopoulos, whose absence is considered meaningful, as it might leave the possibility open to vote in favor of Dimas in the following ballots. Also absent were the two former Golden Dawn MPs, Stathis Boukouras and Chrysovalantis Alexopoulos, who were expected to vote “Yes,” independent MP Giorgos Kasapidis, who earlier today lost his father and was also expected to vote in favor of the new President, and SYRIZA MP Anna Chatzisofia.